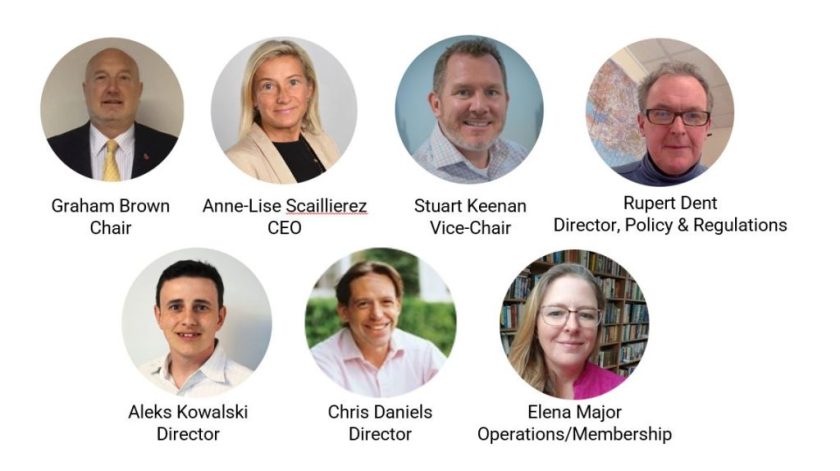 ARPAS-UK has strengthened its executive team to support growth of the commercial drone sectors and to realise Government-backed research that predicts drones could contribute an additional GBP42 billion in economic growth and 650,000 potential new jobs by 2030.

The UK’s drone association ARPAS-UK has announced new Directors, Chair, and CEO in a move to support the UK’s fast-developing commercial drone sector, across a spectrum of industry applications. The appointments include Aleks Kowalski and Chris Daniels as new directors. In addition, new roles to support the industry focus on growth and further develop ARPAS-UK are as follows:

Aleks Kowalski  has joined the ARPAS-UK board of directors. Aleks looks at the longer-term strategic importance for ARPAS in bringing together all UAS pilots, large and small, and the ecosystems around them.

Chris Daniels has joined the ARPAS-UK board of directors. Chris is a strategic advisor on commercialising start-ups and scale-ups, focused on aerospace & defence and Machine Learning and Big Data Tech.

Graham Brown, Chairman said: “This is an exciting time for the drone sector in the UK, and pivotal in terms of not only changing the way that safe working practices and efficiencies can be introduced across a range of industry sectors, but also provides an opportunity for operators and service providers to help shape the future of our sector. I’m confident that ARPAS-UK is best placed to play a central role in accelerating the safe use of drones across multiple industries and developing profitable businesses in the UK commercial drone sector.”

Anne-Lise Scaillierez, CEO said: “I am thrilled to take on the position of ARPAS-UK CEO and look forward to supporting our members and the drone community.  The benefits of drones as a powerful tool to digitise from the air are more and more recognised by the professionals and the public. At the same time, we are on a journey. We still have much to do to unlock the full potential of drones and its many potential applications. As a membership organisation, our key word is Engagement, with our members, with the CAA, and with the broader ecosystem, so that we can reach that potential together.”