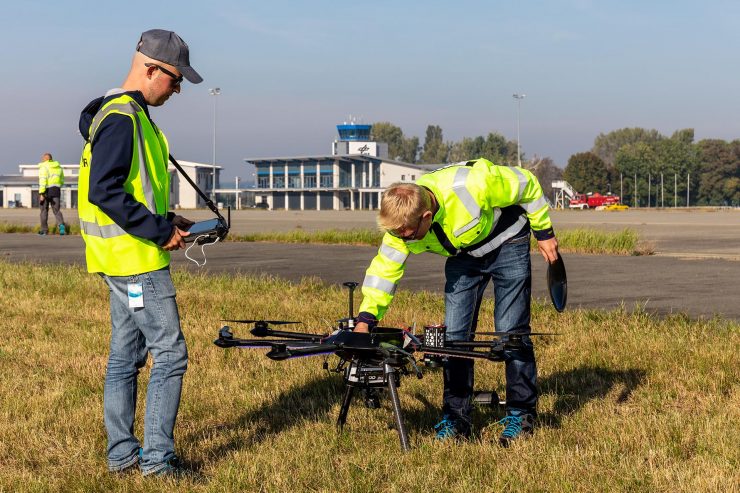 German aerospace research centre, DLR, is part of the 2018 City-ATM project which runs until the end of 2021. In Autumn 2020, City-ATM flights tests took place at the National Test Center for Unmanned Aviation Systems in Cochstedt, which tested how several drones can be safely handled in the event of sudden dangers. The drones were used to test recognition and elimination of danger.

“With the City-ATM project, we are demonstrating a density-based airspace management concept with external partners. It provides the basis for making optimal use of a wide variety of aircraft in the airspace,” said Prof. Dirk Kügler, head of DLR Institute for Flight Guidance.

Dr. Alexander Kuenz explained the experiments: “While three drones from our institutes for flight guidance, flight system technology and communication and navigation were already in the air, the outbreak of a fire was simulated with smoke bombs.” The spreading smoke was operated by a special drone for authorities and organizations with security tasks (BoS) operated by DLR Institute for Optical Sensor Systems.

After the fire was recognized in this way, the operator of the BoS drone created a no-fly zone around the fire and uploaded this information to a central server of the FlyNex company. “The ground station for our drones learned about the danger zone via this server,” explains Kuenz. “The area was entered in the internal database, in which the local air traffic from DFS has already been entered. Among other things, conflict detection and avoidance were made possible with the controlled drones.” In addition, the three drones already in the air were informed of the danger zone. They recognized independently whether they were near the danger zone, immediately held their position and waited for new instructions from the ground station. The scientists were then able to guide the drones around the prohibited zone. The trials were successful and promising,” said Kuenz.

In mid-2021, a test campaign using about 100 drones will move to a complex, largely virtual traffic scenario. They will be guided from the ground and autonomously.

In the City-ATM project, the DLR institutes for flight guidance, flight system technology, communication and navigation, aerospace medicine and air transport systems have been working successfully with numerous external stakeholders since 2018. These include the companies NXP, FlyNex, DFS, Kopterkraft and Auterion as well as the Center for Applied Aviation Research and the Society for Aviation Informatics. 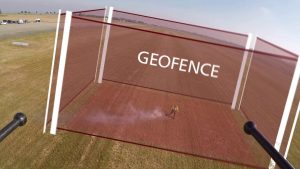