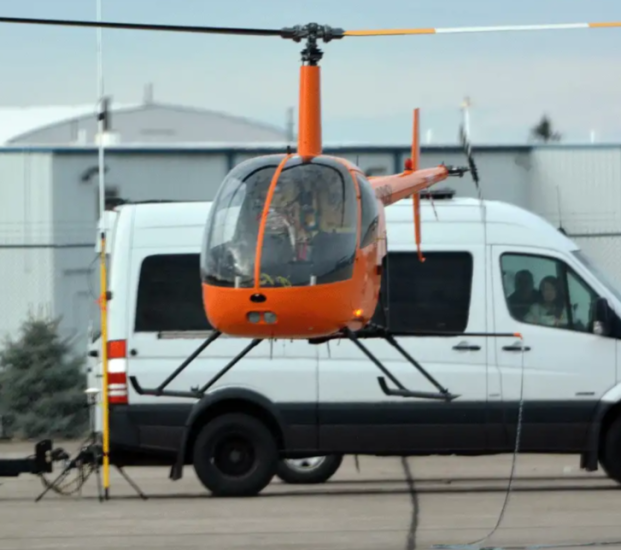 The flight prototype, officially designated “R22S6–01” and unofficially dubbed Birdy McBirdface, is one of two identical prototypes certified by the FAA for R&D and field testing. The prototype helicopter is based on the Robinson R22, a light helicopter that is commonly used for flight training and agricultural work. In a conventional crewed configuration, the R22 can carry around 170lbs of useful payload; Rotor’s uncrewed configuration can carry 400lbs of payload for more than 3 hours, says the company press release.

The initial flight on 2 December, 2022 verified the functioning of Rotor’s flight controls, engine controls, and teleoperations systems. The pilot was located in a ground control station and directly manipulated the flight controls throughout the flight, providing real-time inputs to stabilize the helicopter. Communications from the helicopter and control station were transmitted over multiple digital radio links, while a wired tether provided a fail-safe backup.

The prototype was operated in low hover within visual line of sight of the pilot. The longest flight of the day was a little over 3 minutes long. These flights gathered data to support flight controls development and flight envelope expansion.

Rotor’s team of MIT scientists is combining flight control algorithms, computer vision, and satellite communications to create CloudPilot, an operating system that will make aircraft operations safer and easier. Using CloudPilot, a pilot can “teleoperate” a helicopter from anywhere in the world. The system uses commercial Low Earth Orbit satellite constellations such as SpaceX’s StarLink to transfer data over long distances with minimal delay. Proprietary VR technology gives pilots better visibility than the cockpit, enabling operations at night and in low visibility and preventing accidents caused by pilot disorientation and human error.

CloudPilot will initially be used to combat wildfires, where helicopters drop water or fire retardant to slow the spread of fires and provide aerial logistics for firefighters on the ground. Rotor is working with US Federal and State agencies to conduct field tests in 2023.