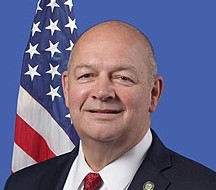 Opening Commercial UAV Expo 2020, Federal Aviation Administration (FAA) Administrator Steve Dickson said the agency needs to refine its approval process for Unmanned Aircraft Systems (UAS) “to address specific technology, safety and security standards”. Part 107 certification has seen a number of operators begin commercial activities, but the process is “limited” when it comes to expansion of beyond visual line of sight (BVLOS) opportunities even though approval takes less time than the traditional certification process.

Dickson re-iterated the FAA’s commitment to publish its proposed ruling on Drone ID before the end of the year and said it will be accompanied by additional rules covering operations over people and operations at night.

The industry still lacks reliable detect and avoid technology, and this is holding back progress. “The industry must show it can integrate drones safely into the airspace,” said Dickson. “We have to keep safety at the forefront of the discussion.” The agency has moved forward with the development of UAS detection capabilities, recently releasing a broad agency announcement inviting manufacturers to support its Airport UAS Detection and Mitigation Research Program. This was followed by a request for proposals from airports to host a portion of the programme at four airports.

Responding to the rapid rise in pilots certified to fly remote vehicles – currently 162,000 and forecast to double in the next five years – the FAA is modernising the way it communicates aeronautical information to pilots. “We are providing a single digital source of aeronautical information and we’ve just completed a virtual series which can be viewed on the FAA Youtube channel”.