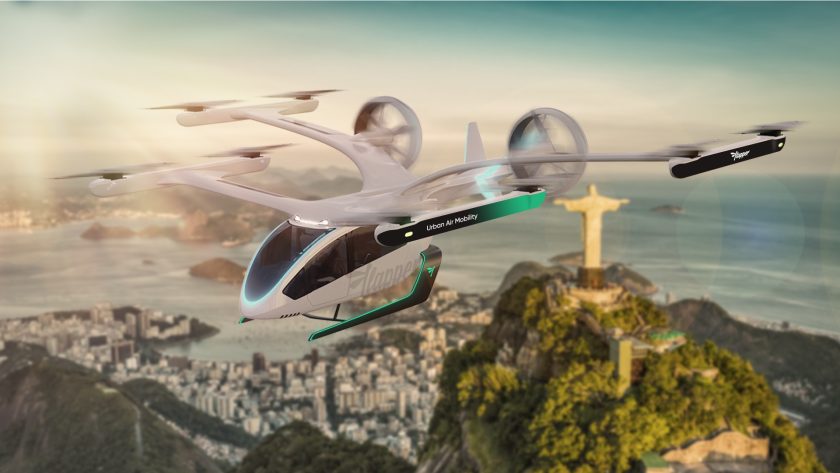 More than 4,000 electric Vertical Take-off and Landing (eVTOL) aircraft will be flying in South American skies within 15 years, according to André Duarte Stein, Co-Chief Executive Officer at EVE Air Mobility speaking at the ICAO webinar, Challenges and Opportunities for eVTOL Aircraft in South America, which took place on 30 August 2022.

Roberto J S Honorato, Head of the Airworthiness Department at Brazilian regulator Civil Aviation Agency of Brazil (ANAC) said Brazilian regulation already allows new aircraft to be certified, but new requirements may be needed for this technology. He anticipates a guideline document within a few months aimed at the eVTOL market to replace a case-by-case approach. “We have to be careful about beginning regulations without sufficient experience of the new technology. We are working on the rulemaking now. Regulations need to support this industry development, and not act as a barrier.” Activities include extensive interaction with industry, learning from initial concepts of operations (ConOps) under development, and working with neighbouring aviation authorities.

Among industry partners, Eve Air Mobility carried out trial Urban Air Mobility (UAM) operations earlier this year in Rio de Janeiro to simulate a concept of operations (ConOps) for eVTOL operations. “Working with the regulator, air navigation service provider DECEA and airport authority we transported more than 600 passengers from west of town to Tom Jobim International Airport,” said André Duarte Stein. “We wanted to understand the challenges and evolve the ConOps, while also engaging with the community.” Brazil has one of the largest helicopter fleets of any country and gridlocked cities such as Rio and Sau Paulo provide fertile ground for opportunities offered by UAM. According to André Duarte Stein, traffic congestion in Brazil costs the country the equivalent of USD50 billion a year.

The company’s milestone in February 2022 – when ANAC formalised the process for obtaining a Type Certificate for its eVTOL aircraft – is a step towards establishing a broader regulatory framework in a global marketplace. “Potentially there could be 1,000 eVTOL in Brazil alone, roughly 15, flights per day carrying up to 16 million passengers,” said André Duarte Stein. “Sao Paul is the largest market where there is potential for 400 eVTOL, but there is also Buenos Aires, Lima, Bogata and Rio. This is a new frontier for aviation in a new space.” He sees a new appetite from regulatory authorities across the region to embrace this innovation and ensure it remains safe. “It is a collaboration from the beginning with a lot of interaction and a lot of conversations. Eve began talking not just with ANAC, but also the FAA, EASA, CAA UK, and others in 2017.”

ICAO Strategic Planning and Regional Coordination Officer Chrystelle Damar said with some vehicles likely to be ready to enter into service in 2025, there is the wider ecosystem to consider – for example the vertiport infrastructure, power supplies, communications and emergency services. Eve is working with partners including vertiport developers such as Skyports in cities worldwide, and airport authorities including Rio Galeão, to address some of these issues. “We brought along the energy company in Rio to understand how it works in practice, the power grid requirements, and the sustainability perspective,” said André Duarte Stein. While regulating these services is beyond the scope of aviation bodies like ANAC, conversations with city authorities, communities and industry form part of process. “We bring people around the table,” added Roberto Honorato. “There are a lot of start-ups unfamiliar with the aviation environment and we have to use this energy to innovate and complement our decades’ knowledge of aviation safety.”

Eve is excited about the opportunities in South America: “We see potential for over 100 routes in Rio, including about 35 vertiports around the city and some 240 eVTOLs in the future,” said André Duarte Stein. “It is important to understand this is not like adding one or two general aviation aircraft in the sky. This is a large network.” The company recently announced Halo Aviation as the launch customer for its urban air traffic management solution UATM designed to support operations in multiple urban environments.

“Different regions have different approaches to eVTOL operations,” said Roberto Honorato, “but in the end everyone has the same goals. We talk about the compatibility of the regulations. I don’t call this harmonisation or adopt the same wording. It’s all about compatibility.” Establishing comparable regulations is key to building a framework that enables operators such as Eve to access the UAM market while knowing they comply with global safety standards.