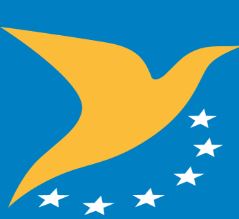 At the opening of the first consultation on a framework regulation for U-Space, jointly arranged on May 14 by the European Aviation Safety Agency (EASA) and the European Commission, Patrick Ky, the Executive Director of EASA set out a ground-breaking regulatory schedule. EASA intends publishing an opinion (a draft U-Space regulation) by the end of the year. Ky hailed the significance of that timetable. ‘Normally, regulations take four years. This will be done in one. It is a very impressive speed for a regulation’ he said.

To reach this goal, EASA has had to reassess its usual procedures. An expert working group from the EASA member states, the SESAR Joint Undertaking, Eurocontrol and the Commission was convened to jointly work on a draft U-Space regulation.

Consultation – generally a watchword of EASA’s approach – has been truncated. The meetings at EASA’s headquarters on 14 and 15 May represented a major part of the consultation the expert working group is undertaking. It was in two parts. On the Tuesday, European States were asked a series of policy questions. The next day, industry, including the ANSPs, was asked the same questions. Ruefully, Ky noted that ‘we will not be able to agree on everything. We will need to converge.’

Kicking off the discussion, the European Commission’s Koen de Vos noted that drones are, by their nature, disruptive. And there are considerable societal concerns, such as noise, privacy, safety and security. So the aim of the expert group, according to de Vos, has been to build a framework that allows a market to be built within, and addressing, those constraints. If current predictions of drone usage are accurate, there could be 20,000 drone flights an hour above cities such as Paris by 2035. In such a scenario, we will also need a digital system that automates air navigation servie provision.  EASA wants clarity of roles and responsibilities; of the requirements for service providers and airspace users; and of the ATM interface.

So what, exactly, is U-Space?

The consultation seeks to find consensus on this basic question. According to the working group, the U of U-Space has been deliberately left open, but ‘U-Space’ is the European brand of UTM. It is ‘a digital system delivering a set of automated functions, services and procedures to ensure safe, secure, sustainable and efficient aircraft operations in a specific volume of airspace,’ according to de Vos. BVLOS operations are definitely included. At the same time, delegates were repeatedly reminded, U-Space is not airspace, it is a set of procedures.

According to de Vos the current rules cannot apply, because they are analogue, not digital in scope. ‘We are already seeing the influence of the IT and telecommunications industries in the drone space in unprecedented ways,” said de Voss. “That also needs to be taken account of,’ he concluded.

That is not to say that the U-Space cannot be the prototype of new digital ATM provision. But to say that is to bring up a concern that arose repeatedly. What is the interface between U-Space and ATM services? Are all aircraft not in ATM controlled airspace to be in the U-Space? That gave the general aviation community some concerns. It will be a significant change from the current VFR regime. Detect and avoid is not see and avoid.

The working groupstressed that national sovereignty would also continue to be respected, although, confusingly, there was a strongly expressed hope that a single European market would develop. That left the ANSPs in the meeting – a number were present – scrambling for answers. Generally, the ANSPs divided into three camps. Those implacably opposed to the current concept of U-Space service delivery –  fearing it could could cut across monopoly service provisions, those that are not yet ready to dominate this sector of the market – so are keen to see slow progress and those who prepared to embrace the concept and speed its deployment.

Industry took a more open view. It wants clarity and stability, as well as a single European market. Industry also made the point that local authorities, such as cities, need to be considered. The working group welcomed that suggestion. The ANSPs very much less so.

So what is the interaction between ATM and U-Space? It is hard, the working group suggested, to define a clear distinction. Nonetheless, it is more than just interfaces. Around airports, it is clear that there needs to be integration. But the assumption of a strict 500ft dividing line is unsustainable. Some manned services, such as helicopters, need to be integrated into U-Space. Is the solution to declare a new class of airspace – class U perhaps – and start again? Both ATM and U-Space are about safety, so there is a compelling argument for considering all ANS, including UTM as a single system.

Given the developments in the digital area, including 5G, not only will UTM provide a model for a new generation of air traffic management, but communication, surveillance and navigation services too are in for a shake up. Controlling by intent and using intent-based de-confliction reduces surveillance needs. Communications will be digital too. The Commission, EASA and the working group are determined to approve common basic services to open a single market. That will require performance-based standards focused on risk mitigation.

It also opens up a new category of stakeholder – a U-Space service provider. The working group proposes that such a provider must meet quality requirements, assessed on a risk-based basis, and be approved by a competent authority. Most ANSPs think that only they can provide these services. A representative from Google pointed out that information exchange is not difficult and is already done in various transport domains. All that it needs is standards.

Inevitably, the discussion then turned to funding. The working group suggested that we should draw inspiration from telecoms – users pay. For that you need a competitive market and interconnection rules and obligations. The EU is increasingly capping telecommunication costs; there is a ban on roaming, a cap on international charges and so on. How will the underlying infrastructure be funded? What about the access to the data, and access to the spectrum?

Delegates from the telecommunications industry were quick to point out that they have a number of charging models. They charge for Internet of Things (IoT) use outside the EU rules, for example. What was clear was that it is impossible to imagine the traditional financing of ATM model being suitable.

After a wide-ranging discussion, the working group has been mandated to continue to work and to produce a document that can be shared and commented on. Given the extremely tight timelines, there is likely to be only more chance to do so and to shape this fundamental piece of regulation.