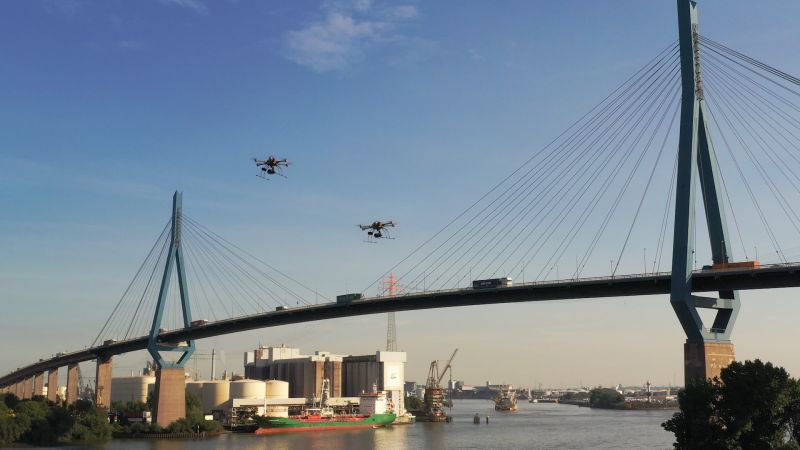 One of the new collaborations is with Globe Flight. The company, based in Barbing, Bavaria, is one of the largest resellers of the drone manufacturer DJI for Germany, Austria and Switzerland (DACH region). As part of the cooperation with Globe Flight, Droniq will offer DJI drones of the Enterprise Series (M30,M300, M3E) including accessories in future. The drones are suitable for commercial and governmental applications, such as site security, infrastructure inspection or the search for missing persons, among other uses.

“Drone sales add another element to our expertise,” explained Thilo Vogt, Director Sales and Business Development at Droniq. “We plan to continuously expand this segment with strong partners to provide our customers with the best possible solutions.”

Droniq is embarking on another partnership with the Czech company Dronetag. The small tracker of the same name, distributed by Droniq, is integrated into Droniq’s drone traffic management system (UTM) via mobile communications. It also broadcasts the drone’s position via Remote ID. An app released earlier this year allows users to manage their account. This means that Droniq also has a product in its portfolio for drone operators who would like to fly in a U-Space at low cost and without cumbersome bureaucratic barriers. Sending a remote ID is mandatory for the airspace element, which can be established in EU Member States for the first time from January 2023.

Through the collaboration with the American company uAvionix, Droniq is also expanding its portfolio to include an approved Mode-S transponder. The Ping20Si Mode-S ADS-B transponder makes drones visible to secondary radar, TCAS and ADS-B receivers. This means it is especially suitable for drone operators who also perform flights in controlled airspace or a transponder mandatory zone (TMZ) and require a Mode-S /ADS-B out solution for drones.

For a few weeks now, Droniq has been a testing centre approved by German Federal Aviation Office (LBA) for the acquisition of the EU remote pilot certificate for the open category. For this purpose, a cooperation agreement was concluded with Aviationexam. The Czech company is one of Europe’s leading providers of learning software for manned aviation. As part of the agreement, Droniq will use the examination system developed by Aviationexam for aviation authorities for the examinations to obtain the A2 remote pilot certificate.

“As Droniq, we want to support commercial and governmental drone users in all phases of drone flight,” explained Droniq CEO Jan-Eric Putze. “Through the interplay of our collaborations, we can now offer everything from a single source: be it the right drone, solutions for safe drone flight, operating licences or training and testing for remote pilots. This 360-degree approach makes us unique in Germany. At the same time, we are positioned to further support the growth of the drone market.”