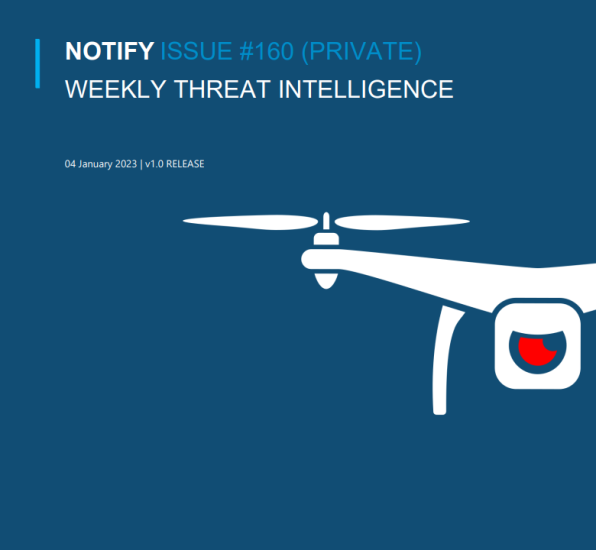 Drone threat intelligence company DroneSec has published a review of major drone incidents recorded in 2022, compared with incidents in 2021. According to the report:

In 2022, DroneSec recorded two thousand, five hundred and fifty-four (2,554) artefacts which equates to roughly seven artefacts per day in 2022.

Overall, 2022 saw a significant increase in number of drone incidents, peaking at 223 incidents in November 2022, a 130 per cent increase from January 2022. This likely signifies the increase in number of drone operators, threat actors and malicious groups utilising drones for illicit deeds. Drones are more easily attainable today with heavy-lift and fixed wing drones, typically meant for agricultural uses, also available on e-commerce websites. This accessibility allows criminal groups to possess such drones easily and modify them to carry heavy loads of contraband for illegal deliveries, or to fit the drones with explosives for strike purposes, says DroneSec.

Key observations compared to 2021 include:

– 130% increase in in event spaces or areas of interest incidents

The countries that experienced the most incidents included:

The drone make/models that were involved in the most incidents:

The known seizure and apprehension rates for all incidents was:

Apprehension of the operator – 5%

DroneSec records incidents and events that revolve around the use of drones, their innovation, and counter measures. We classify drone incidents as events where drones were used as a medium in the conduct of illicit acts. Events include drones used for the transportation of weapons, narcotics and/or contraband across borders or restricted areas. Similarly, events where drones were sighted to have infringed airspace boundaries of manned aircrafts or areas with no-fly-zones such as hospitals or airports are also classified as drone incidents.