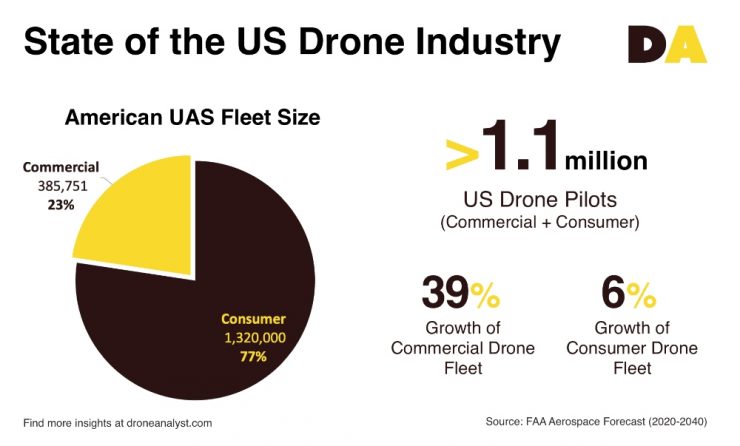 A new report published by DroneAnalyst called Historical Performance of the American UAS Industry, says the US commercial drone fleet grew by 39% in 2019. According to drone information company UAV Coach, DroneAnalyst’s new report was created from data shared by the FAA in its annual Aerospace Forecast, a report that updates key metrics from the last year and makes forecasts for the next 20 years for everything related to the US airspace, including drones.

DroneAnalyst predicted a tripling of the commercial drone market by 2023 in its previous year’s report.

While the commercial drone fleet surpassed the FAA’s projections, the consumer drone fleet’s growth has slowed considerably. In the FAA’s prior annual report, the consumer fleet had grown by 14%. This year’s report shows a growth of just 6% for 2018-2019, which represents a significant decline.