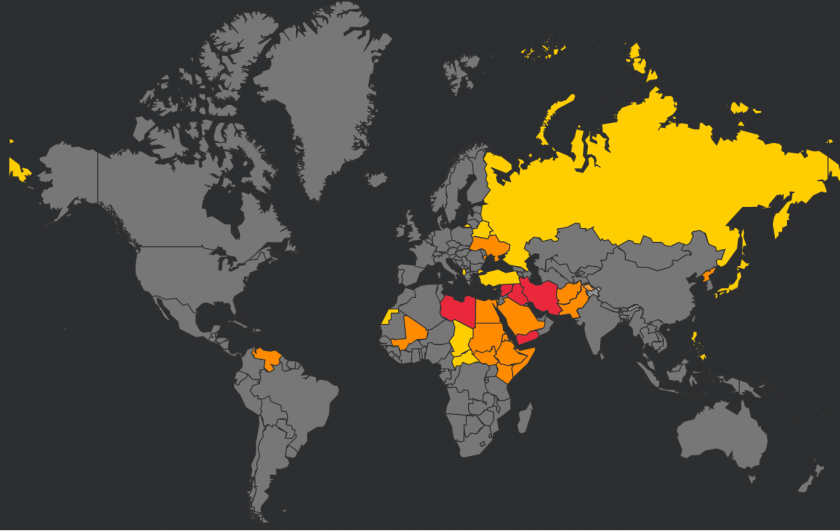 Baghdad airport was targeted by weaponized drones on June 14, for the second time in a week, reports NOTAM monitoring organisation the OpsGroup.

“The FAA has issued yet another Information Note, but their advice remains the same – local militia are showing renewed intent to target US interests at airports. This is exposing low level aircraft to risk from rocket and drone activity along with air defence systems. The FAA continues to ban all US operators from the ORBB/Baghdad FIR – but with many other operators still overflying, this is an important update.”

Also according to the Ops Group: in Saudi Arabia “an escalation in attacks is possible during Hajj season, particularly with a focus on Riyadh and Dammam airports due to the higher numbers of traffic.”

Airspace safety monitoring site Safe Airspace gives more details: “Houthi drone and missile attacks on targets in Saudi Arabia are increasing. These continue to be a persistent threat to ops to Saudi airports, and for overflights of the OEJD/Jeddah FIR. The most significant risk is in the south of the country along the border with Yemen, but OERK/Riyadh and OEJN/Jeddah airports have also been targeted. The are several long-standing airspace warnings in place: Canada, France and Germany warn of a risk to landing anywhere in the country, but particularly along the border with Yemen in the southwest part of the OEJD/Jeddah FIR. There is definitely a risk to operations in Saudi airspace, even outside the ESCAT area. The primary risk is from Houthi drone and missile attacks on airports across the country, but particularly in the south.”

Throughout 2020 Houthi drone and rocket attacks targeted OEAH/Abha and OEGN/Jizan airports along the Yemeni-Saudi Border.

The site also noted that in May 2021 there was an attempted drone attack by local militia on LTCC/Diyabakir airport in South Eastern Turkey and in January 2019 Turkish security forces intercepted three weaponised drones during attempted attacks against sites in southern Turkey.