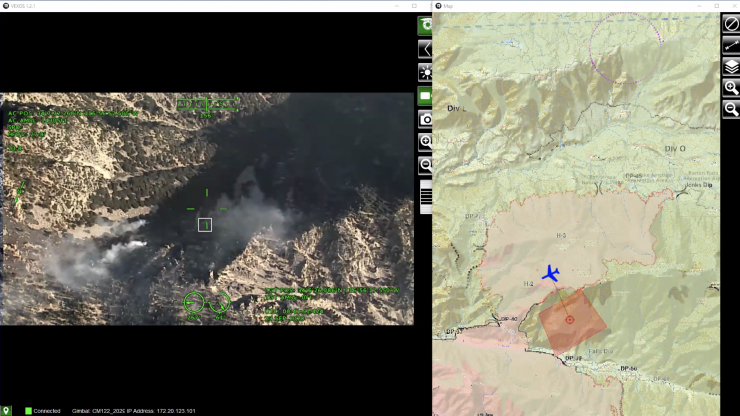 California is in the middle of the wildfire season and CACI is providing infrared sensors on UAS which help protect fire spotters, allowing them to focus on flying through dangerous conditions while the technology records data.  The technology was originally developed by CACI to protect American warfighters overseas.

“CACI has developed a multi-spectral gyro-stabilized sensor system that has been mounted on drones to provide aerial mapping and surveillance for firefighting teams on the line. The system’s long-wave infrared sensor enables firefighters to monitor wildfires at night, a key capability which has helped identify when fires have broken containment, guide aerial tanker drops, and trigger needed evacuations.  This technology is being used today to fight wildfires in throughout California and can be deployed on-demand anywhere in the United States.”