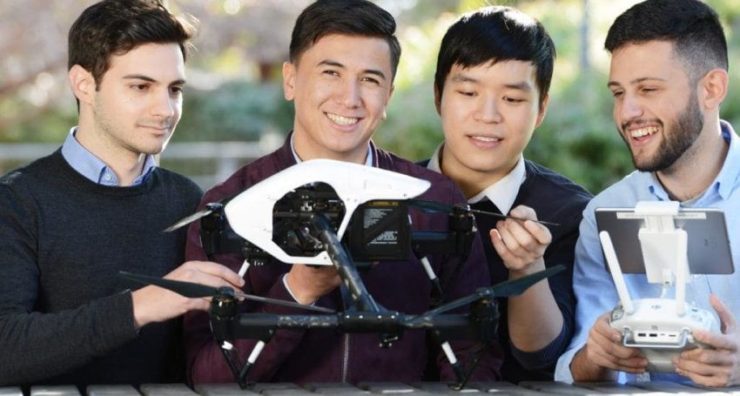 Adelaide-based Wright Technologies aims to conduct field trials of its Blockchain-based drone identification and tracking system before the end of the year. Last year the fledgling company won the International Grand Prize at the ActInSpace innovation contest, which is initiated by the French Space Agency (CNES) with support from the European Space Agency (ESA) and the ESA Business Incubation Centres network. According to Wright Technologies CEO and co-founder Kosta Canatselis: “We’re working on being able to understand what device is where with absolute certainty with something called proof-of-location,” he said. “In the context of air safety and security, airspaces at the moment are very closed off and restricted because of the danger of having drones there and not being able to understand where they are

Wright Technologies is based at the University of South Australia’s Innovation & Collaboration Centre.

The startup is also a finalist in next month’s AD100,000 Blockchain Innovation Challenge, which will be held as part of the ADC Global Blockchain Summit in its home state of South Australia from March 18-20.

Canatselis said GPS on its own was not secure and could be “spoofed”.

He said his tamper-proof Blockchain technology would be particularly valuable in applications dealing with the freight of high-value goods. “With autonomy, as soon as you can start increasing the level of trust between different stakeholders you can start letting go of human interaction,” Canatselis said. “Basically how Blockchain works is there is an immutable ledger (a record that cannot be changed) where all the actions are recorded and you can start seeing things like a drone delivering something to a house, proving it has been to the house and then releasing payment and things like that.

“Proof-of-location is a problem that exists – there’s a few other companies trying to do it as well – but our big differentiator is that we are able to operate on resource constrained devices such as drones and small devices that other competitors out there aren’t able to do.”