Small drones are difficult to track using traditional methods such as radar and not every drone is connected using a solution that transmits its telemetry to a network that is subsequently shared. Using a software plugin at the drone’s control station or strap-on hardware that electronically shares the drone’s position and other associated details at regular intervals offers a new option and today’s demonstration successfully proved this capability in two different cities. 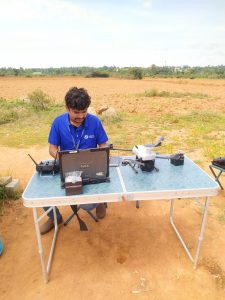 “Testing various solutions for Remote ID in the real world is a key first step towards arriving at a Remote ID ecosystem that delivers its objectives to Drone OEMs, operators & regulators. Using the strap-on device, we were able to derive key insights, which can help industry players recommend the right approach to building a Remote ID ecosystem within Indian unmanned airspace,” said Ankit Mehta, the CEO & Co-founder of ideaForge in the press release.