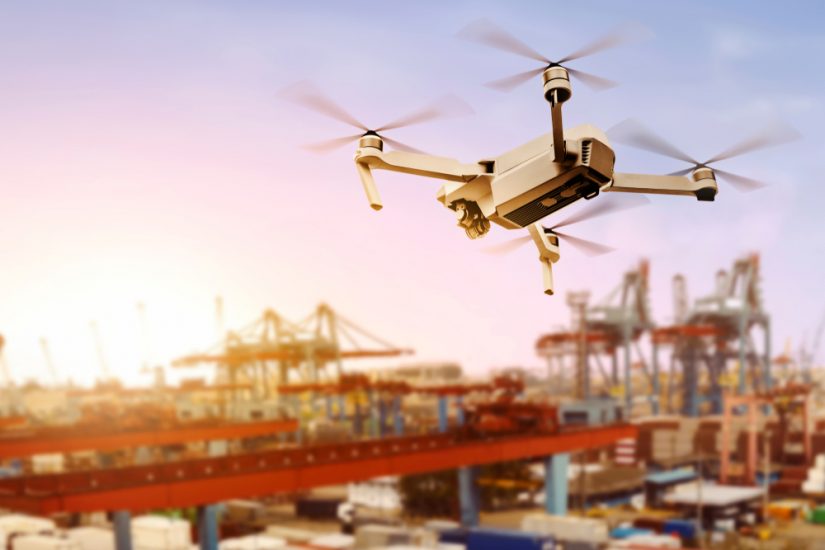 We have reached a point where the separate worlds of aviation and mobile network operators are converging, Europe’s Director General of DG MOVE Henrik Hololei said at the re-launch of Europe’s Network of U-space demonstrators to mark the transition from research to implementation on 30 November 2021. “There is an urgent need for a harmonised framework to realise the full potential of drones across all 27 member states.” He added that competition is needed to disrupt “the airspace as we know it” with new, digital technology necessary to support future expansion of airspace operations.

Droniq CEO Jan-Eric Putze presented results from the Hamburg sandbox trials where manned and unmanned vehicles already share the same airspace and “do not need to wait for U-space regulated services in 2023”. Today’s defined route structure “will be replaced by free route airspace within two to three years,” he said.

The European Commission is behind an aggressive drone strategy first launched by the 2016 Warsaw Convention, leading to initial regulation and implementation within five years. “We are at the forefront of U-space,” said Henrik Hololei, starting with a U-space Blue Print in 2017, U-space Demonstrator Network since 2018, and ongoing development of U-space architecture by the SESAR Joint Undertaking. “However, we cannot be complacent. Unmanned Aerial Systems (UAS) need to fly further and for longer in a more automated environment to facilitate business opportunities.” Moving from a human-centric environment to an information-based system that relies on mobile telecommunications and satellite technology is an irreversible trend where safety remain at its centre, he said.

The EU is on track to adopt a new Drone Strategy 2.0 roadmap by the end of 2022, reflecting the Commission’s latest policy initiatives relating to sustainability, smart mobility and digitisation, said Joachim Luecking, Head of Aviation Safety with DG MOVE. The strategy incorporates the findings of a stakeholder survey in 2021, and studies on societal acceptance compiled by the European Aviation Safety Agency (EASA) and European Investment Bank. EASA has since set up a task force and action plan in response to its study findings.

EASA meanwhile expects to invite consultation on its U-space regulatory package later this month (December 2021) accompanied by guidance material and a series of workshops. The agency also plans to release the results of a feasibility study into the use of mobile technology around the same time. “In a very important milestone, we plan to publish the first prototype technical specifications for the design of vertiports,” said Maria Algar Ruiz, EASA Drone Programme Manager. “There is nothing yet available on this anywhere elsewhere the world.”

U-space implementation is already underway at the Port of Antwerp, where the authority provides geozone services in collaboration with Unmanned Traffic Management (UTM) technology partner Unifly. “Since starting in March 2021, we average 60 flights/month and this is increasing all the time,” said Antwerp’s Innovation Manager Bob Spanoghe. Use cases include inspection services, oil spills, debris detection and infrastructure monitoring. In a real fire incident, the drone streamed live footage over 5G, helping the fire service to tackle the blaze. The authority recently tendered for a Drone as a Service (DaaS) platform provider it anticipates will start in 1Q22. “Automated BVLOS drone activity will become a reality in 2022” alongside continued demonstration and validation activity “as part of agile development,” he added.

Irish operator Manna is also operating regular services and reports over 80,000 completed flights. The company provides medical and grocery package delivery using its own aerospace grade drones which are capable of strategic and tactical deconfliction. According to Manna CEO and Founder Bobby Healy: “The challenge is not the technology, it’s U-space regulation and the statement of intent from governments and the EU necessary to build investor confidence.” The company plans to raise capital from EUR35 million today to EUR500 million to enable it to operate profitably at scale across Europe.

Coordinator of the European Network of U-space demonstrators, Eurocontrol, monitors the status of U-space implementation by means of annual surveys on a country-by-country basis. A new survey starts later this month and continues until April 2022 and will deliver an updated account of U-space services in 3Q22. The agency is also collaborating with the European Defence Agency to ensure inclusion of military applications in U-space demonstrations going forward.