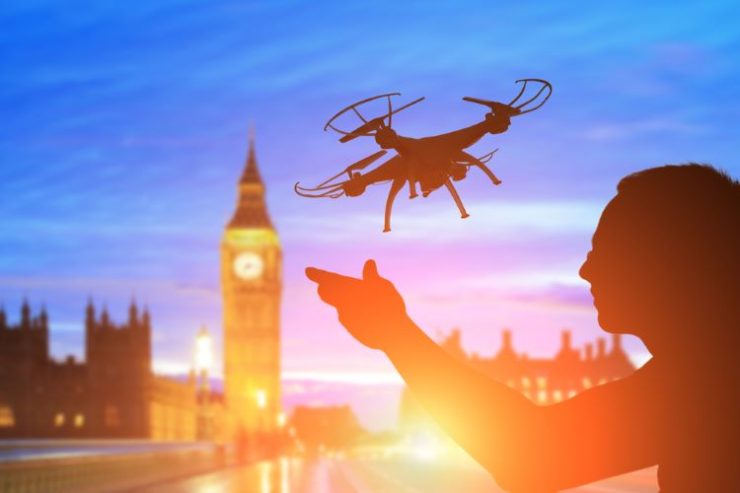 The UK’s parliament Science and Technology Committee published its report on Commercial and recreational drone use in the UK on October 11, setting out a series of important recommendations for regulators, government bodies and air navigation service providers to accelerate the integration of drone traffic, including beyond visual line of sight operations, into day-to-day airspace management operations. The Committee has called for the Government to produce a comprehensive White Paper by Summer 2020, that sets out its plans to integrate drones into society.

Rt Hon Norman Lamb MP, Chair of the Science and Technology Committee, said: “It is vital that the Government gets ahead of the curve in ensuring that drones are safely integrated into society, investing in the relevant research and technology that will create a safe airspace, if we are to fully realise these benefits in the UK. The Government must set out a clear vision that outlines the steps that it and other agencies will take to achieve a future vision and we hope to see a White Paper no later than Summer 2020.

“We know there are risks. As such, a Drones Bill must be introduced to Parliament next month. It must address the various risks—from weaponisation to the invasion of privacy—posed by drones. While legislation will not solve all the problems posed by drones, including nefarious drone users, it is an important step forward in making our airspace safer. The Government must recognise the extent of societal change that drone technology can bring about and launch a public awareness campaign that presents a realistic picture of the opportunities and risks posed by drones.”

According to the UK drone industry trade association ARPAS UK:

“The Committee also heard of the substantial risks to both safety and privacy that drones may pose as they are incorporated into our airspace. Mixed reports about the risk of a drone colliding with an aircraft were given, and the Committee were concerned to find that the Government had not conducted a substantial and accurate risk assessment of the impact of a drone colliding with an aircraft.

“The Committee also heard of a proposed registration scheme, that was generally welcomed, and online test for all drone users set to start in November of this year. The test is to ensure all drone users are properly equipped to pilot a drone and to make it easier to identify drones that may be used for illegal or criminal purposes. However, users queried the proposed fee assigned to the new registration system, as well as the appropriateness of the online test. The Committee believes that the registration system must be fit for purpose, and that its design should not stop users from registering. The Committee also believes that the Government should not introduce any legislation that will unfairly impact upon the recreational drone and model flying community.”

Drone manufacturer DJI has also reacted to the report:

“DJI is pleased that the House of Commons Science and Technology Select Committee understands the important role drones will play in the UK’s future. Its “Commercial and recreational drone use in the UK” Report is a thoughtful and detailed assessment of how to safely and responsibly integrate drones into British skies. DJI supports its recommendations to make drone registration easier and less expensive; to encourage recreational drone use; and for drone manufacturers to implement geofencing and remote identification systems, as DJI has already done. We are particularly encouraged that the Committee Report challenged many of the most fervent safety allegations made by drone critics, and is committed to recommending policies based on facts and evidence. While DJI believes some elements of the Report need further review, it is an important step in establishing a roadmap for the UK to achieve the full benefits of this flourishing technology.”

FPV UK said it was “absolutely critical” that further regulation or legislation does not dissuade people from joining recreational and model flying communities. “Apart from being a hobby enjoyed by over a hundred thousand people (according to the Department for Transport’s estimates); building and flying drones and model aircraft is a key STEM activity which is a starting point for tomorrow’s designers, aerodynamicists, programmers, scientists, mathematicians, engineers, pilots, air traffic controllers, and more.” FPV UK went on to say “Drone registration is a multi-million pound waste of time” and agrees wholeheartedly with the report’s statement that ‘the Government should acknowledge that the proposed registration scheme will do little to mitigate the risks from nefarious drone users who will simply bypass registration and testing’.

The report’s key findings are outlined below.

We recognise the importance of extending Flight Restriction Zones to five kilometres. However, these restriction zones are not clearly or consistently enforced. The lack of a standardised process results in inconsistent denials and permissions being granted to those applying. This is unacceptable. The Government should commission the production of a standardised and unified system through which drone operators can request access to Flight Restriction Zones.

Further, there is a compelling case for the Government to introduce a registration scheme to be able to identify all lawful operators and to ensure that there is a knowledge test for drone users. Flying a drone is a skill and therefore it is appropriate for there to be a test to make sure the operator is fit to operate a drone. The Government, or the appropriate regulatory body, such as the Civil Aviation Authority, should review the proposed online test one year after it has been in operation.

In addition to this, if the registration fee dissuades individuals from registering, then this defies the purpose of the system—to improve the safety of our airspace. The Government should conduct a review of the cost of the registration scheme. If the Government believes it is appropriate for the fee to remain at £16.50, then they should clearly set out their rationale for the cost and the renewal period should be three years rather than yearly.

We recommend that the Government consider a system which allows organised clubs and societies to register as one entity, so as not to financially burden each member. However, it must be mandatory for every individual user to adhere to the required safety standards.

Finally, in terms of the proposed registration system, the Government should acknowledge that the scheme will do little to mitigate the risks from nefarious drone users who will simply bypass registration and testing. We recommend a sliding scale of penalties for failure to register, starting with a warning, and culminating in a fine and a prison sentence.

We are concerned that the Government does not appear to have made any independent assessment of the potential economic benefits and opportunities that arise from the growing drone industry. To properly harness the benefits of drones the Government will need to analyse their potential economic contribution. The Government should provide an assessment of how the growing drone industry might contribute to the UK’s economy by the time of the 2020 Spring Statement.

In terms of the risks that drones pose, we are concerned that there are differing accounts within the aviation community about the likely severity of damage of a drone collision with an airplane. Furthermore, there are differing accounts of the number of near misses and the reliability of airprox reports has been disputed. The Committee is concerned that there is no agreed position on the likely consequences of a drone-airplane impact. The Government should complete a substantive risk assessment of the risks drones pose to manned commercial aircraft and publish the findings of this assessment by the end of 2020.

Further, we recommend the Government make the weaponisation of a drone a specific criminal offence within the upcoming Drones Bill and consider stringent penalties for those who take such action, such as those introduced in the USA. We also recommend that the Ministry of Defence make malicious drone use a top intelligence priority.

There is a notable distrust towards drones among the general public that needs addressing if the UK is to maximise the opportunities presented by drones. The Government should act to improve public perception and awareness of drones by launching a public awareness campaign, no later than Summer 2020, that highlights the opportunities presented by drones and informs the public on the reality of the risks posed by drones.

We heard that drone safety education was vital for the safe use of drone by recreational users. The Government should mandate that a copy of the Drone Code is provided with each drone sold in the UK. The Drone Code should also be publicised in common drone flying areas. This should be rolled out as quickly as possible and implemented in full no later than the end of April 2020.

There is no justifiable reason why a drone should not have in-built safety features as standard. The Government must ensure that all manufacturers include safety features, such as geo-fencing and electronic conspicuity as standard in their drones. Further, it should be a criminal offence to disable such features. Penalties for doing so should be set out clearly in the forthcoming Drones Bill. The Government should ensure all drones, including existing drones, are electronically conspicuous within two years.

We recognise that drone technology is moving at pace, carrying with it a multitude of opportunities and risks. The Government needs to act to ensure that it can stay ahead of the curve in the future. The Government should produce a White Paper by Summer 2020 that outlines the vision for how drones will be integrated into UK communities over the coming years.