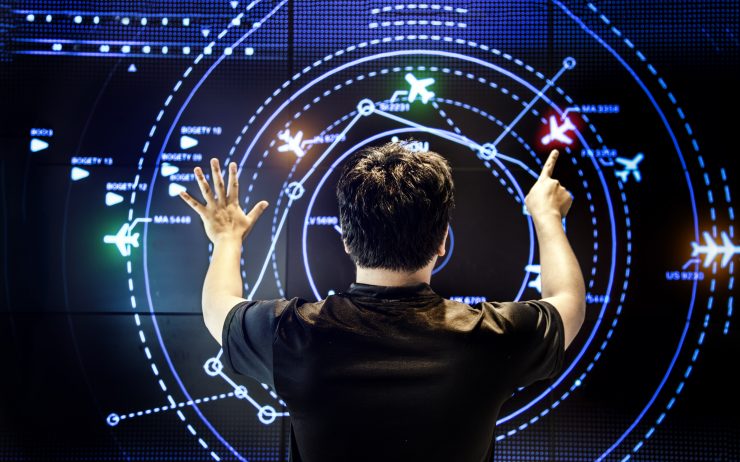 As neither 1090MHz frequency-based surveillance systems nor the 24-bit aircraft addressing system will be able to accommodate future levels of UAS traffic, the world will need a new type of surveillance technology to manage drone operations in non-controlled airspace, according to Vaughn Maiolla, CNS Technical Officer in the International Civil Aviation Organization (ICAO), speaking at the ICAO DroneEnable 3 event in Montreal.

“We have basically exhausted the physical capability of existing systems – so let’s come up with something appropriate for UAS with a life-time of three, four or five decades,” he told delegates. “We are proposing that these aircraft operating in controlled airspace will be able to use (current surveillance) facilities. But what do we do about those flying under 500ft?  For those aircraft operating in uncontrolled airspace let’s not turn them into a source of interference but let’s give them something brand new to work with…. And if we come up with something that works and is demonstrably better then let’s apply that to manned aircraft as well.”

The ICAO surveillance panel has been looking into the challenges of accommodating UAS within surveillance systems based on the frequency pair of 1030 and 1090 MHz (SSR/MLAT replies, TCAS/ACAS replies, ADS-B OUT, future expansion for ADS-B IN capability) and the 24-bit aircraft addressing scheme. They have concluded that using this technology would lead to an exponential increase in the safety risk due to 1090MHz frequency congestion and that the pool of 24-bit addresses was not large enough to cover potentially tens of millions of individual drones. Even if all drones were equipped with legacy surveillance transponders the net effect of all these aircraft flying at low level near airports could blind the surveillance system to the existence of manned aircraft operating at altitude.

In early November 2019 ICAO published a State letter giving an early indication that changes will be made to guidance material in the aeronautical surveillance manual. In the letter States are urged to:

“…perform radio frequency spectrum analysis to analyse the degree of congestion of 1090MHz and based on the outcome of this analysis consider how 1090MHz ADS-B UA operations might impact the performance of the air navigation service provider (ANSP)-operated surveillance systems in airspace of interest as well as the automatic collision avoidance systems on board aircraft operating in that airspace.” They are also urged to: “formulate the circumstances and define procedures to determine the potential requirement for 1090 MHz ADS-B OUT equipage on UA in order to allow or prohibit such equipage as appropriate. During this process, States should consider:

* The degree to which the operation of individual UA may or may not inter-operate in this airspace with traditional manned aircraft.”