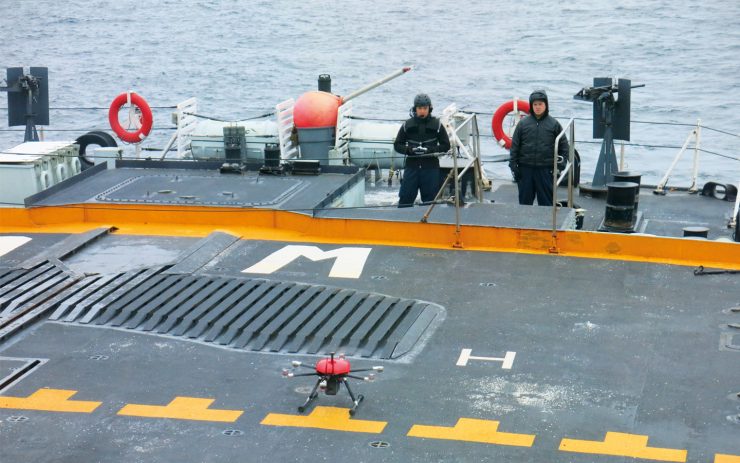 The Royal Canadian Navy (RCN) worked with QinetiQ Target Systems (QTS) to conduct a live demonstration to emulate the threat of small multi-rotor drones to large naval vessels. The demonstration was part of the CAD8.5 million Unmanned Targets Repair, Overhaul and Engineering contract, awarded to QTS in 2015.

According to a QinetiQ press release:

The RCN has operated fixed wing aerial targets and marine surface targets using QinetiQ’s UTCS for more than 30 years, but the introduction of rotary wing targets is a first for the service.

A Class 2 UAV – Mosquito UHV-T – was also on board as part of an evaluation process of the feasibility of operating larger VTOL (vertical take-off and landing) UAVs.

The successful demonstration provided the following outcomes and benefits for our customer:

The Snyper target is one of several QinetiQ technologies designed to help customers tackle threats from small unmanned aircraft. These include the Obsidian detection system and, as part of the Dragonfire Consortium, a laser weapon capable of destroying drones mid-flight.