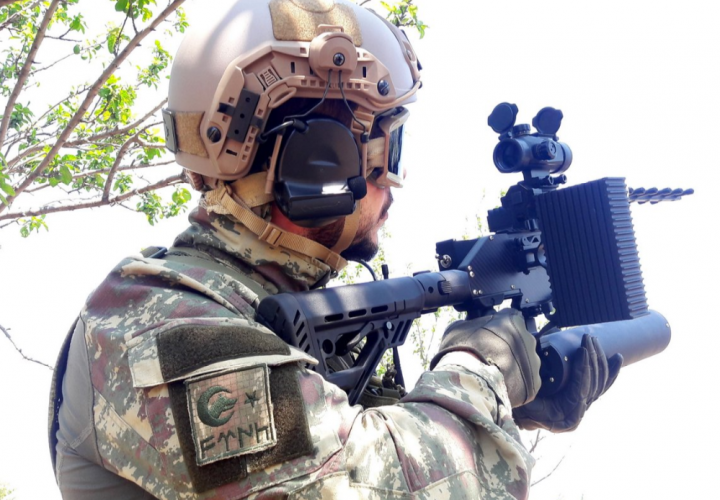 Turkish company Harp Arge, a subsidiary of Ekba Holding, has launched a new version of its anti-drone gun, designed to create high-speed electromagnetic interference to disrupt communications between drones and their control units. According to UAS Vision, the ES-60 Electromagnetic Anti Drone Gun weighs only 2.5 kg and is capable of combating rogue drones within a 3 km range. The new model features new antenna technology which enabled the company to significantly reduce the size and weight of the weapon.

Harp Arge has supplied anti-drone guns to the Turkish Armed Forces and the General Directorate of Security. It has also exported units to Azerbaijan. Harp Arge was acquired by Ekba Holding in early March 2020.