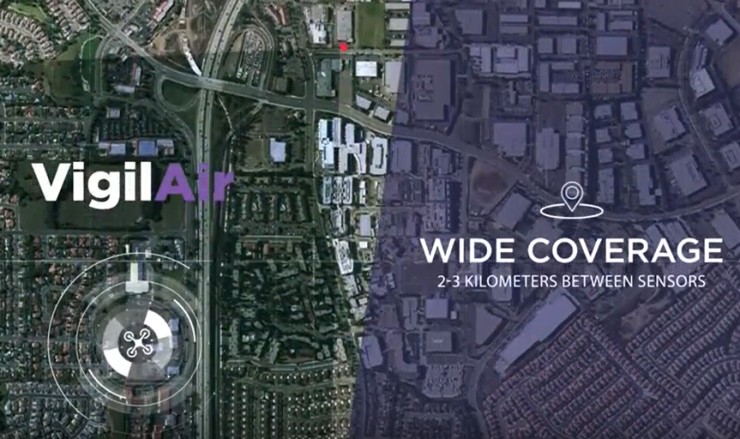 The VigilAir C-UAS solution (Counter Unmanned Aerial System), from Vorpal Ltd., has been certified by the UK government’s Center for the Protection of Critical Infrastructure (CPNI). CPNI is the UK’s government authority for protective security advice to the UK national infrastructure, working to reduce its vulnerabilities to different threats.  VigilAir was evaluated and certified under the CPNI’s Counter Unmanned Aerial Systems Detect, Track and Identify (DTI) testing and evaluation standard.

“VigilAir’s rating as a CPNI certified product enables its inclusion in the CPNI Catalogue of Security Equipment (CSE) – a list of security products that have been carefully evaluated against specific CPNI security standards and have been approved for purchase and use by the UK’s critical infrastructure sectors, such as airports, energy, chemical, nuclear, water and transport facilities, as well as by nationally important assets or events.

Dr. Nir Raz, Vorpal’s CEO said: “The CPNI’s c-UAS certification is the world’s first government-level certification for counter-UAS systems and we are extremely proud to have achieved it. Customers buying VigilAir can do so now safely, knowing that the system has been rigorously tried and tested, evaluated against a comprehensive standard and successfully certified. We expect this certification to advance customer interest and procurements in the UK and globally”.

“VigilAir is an RF-Based system of deployed sensors able to accurately detect, geolocate and track commercial drones and their operators in different environments, including very dense urban environments known to foil similar efforts by other systems. VigilAir provides extremely sensitive detection and highly accurate geolocation and tracking over very large areas, at a low TCO and with virtually zero false-alarms. Being a passive, receive-only system, VigilAir can easily be installed and operated without regulatory or legal limitations. VigilAir generates a comprehensive drone situational awareness which enables users to proactively and intelligently match correct mitigation actions with actual drone threats, on time and with minimal collateral effects. VigilAir has been successfully deployed and operationally employed by multiple customers at Israel and globally.”