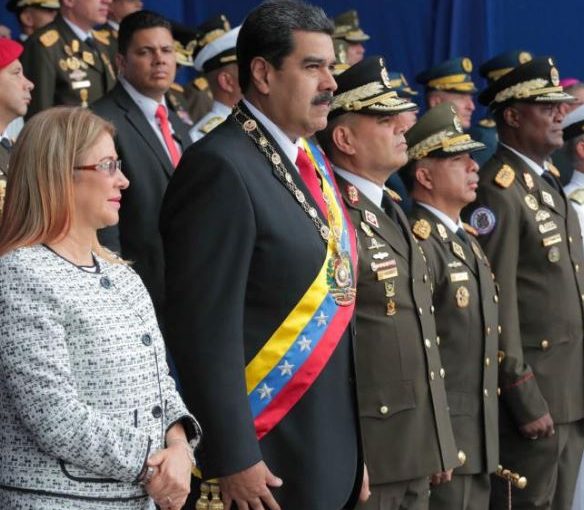 According to some reports the drones detonated overhead during a speech he was making at a military event; other reports say the explosion was more probably caused by a gas tank explosion in a nearby apartment.

Official sources report that the drones were flown towards Maduro as he addressed soldiers in Caracas on Saturday.

“Information Minister Jorge Rodriguez said the incident took place shortly after 5:30 p.m. as Maduro was celebrating the National Guard’s 81st anniversary. The visibly shaken head of state said he saw a “flying device” that exploded before his eyes. He thought it might be a pyrotechnics display in honor of the event.”

According to the Associated Press:

“Firefighters at the scene of the blast disputed the government’s version of events. Three local authorities said there had been a gas tank explosion inside an apartment near Maduro’s speech where smoke could be seen streaming out of a window. They provided no further details on how they had reached that conclusion.”