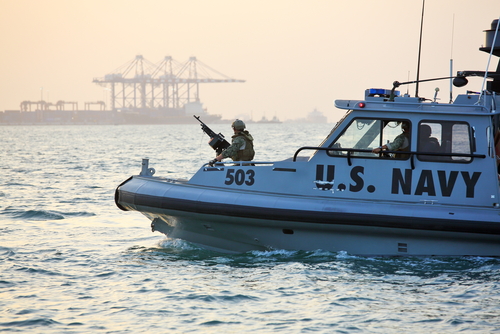 Inside Defense (https://insidedefense.com/) reports that the US Navy in its fiscal year 2018 supplemental request has included a sum of USD37.2 million in wartime funding for three counter-unmanned aerial system projects.

The service has also requested USD2.1 million in wartime funding for the third project, MK 38 MOD 2 Machine Gun System upgrades to  include software improvements to the optics and fire control capabilities to be able to detect, track, and engage UAS threats.