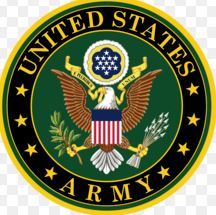 US defense  technology agency TechLink reports development of counter Unmanned Aerial Vehicle (UAV) by researchers at the US Army’s Armament Center. According to the US Department of Defense (DoD) agency, researchers have invented novel 40mm grenade cartridges capable of kinetically disabling or destroying small UAVs. The related intellectual property and technical data are available via license agreement to companies that would manufacture the munitions or components.

The development is made up of two actions. The first 40mm cartridge fires shotgun-style buckshot from a newly designed cup, the second fires a stack of aerodynamic rings.

US Patent 10,584,947, issued to the Army on March 10, 2020, describes the sub-projectile carrier developed by the engineers to control the spread of the buckshot BBs, which extends the maximum effective range of the munition.

“This invention utilizes a saboted pusher which acts as an aerodynamic containment device which is intended to pull off of the payload, due to the aerodynamic drag, instead of releasing it rapidly. In this way the shot is contained until a much greater distance from the barrel, thus extending the effective range of the projectile. In addition to this, the pellets are released more cleanly and in a contained manner, causing the pellets to disperse from the shot line at a slower rate. This containment enables the cartridge to produce a more concentrated grouping of pellets at extended ranges,” the patent states.

U.S. Patent 10,408,591, issued to the Army on Sept. 10, 2019, describes the munition containing six ring-shaped projectiles, which spread out to cover a large area and can create punch holes in the UAVs.

“In addition to being able to damage large portions of the UAS, being able to increase the probability of hitting the target is important due to the fact that UAS targets are often small moving targets. As a result, it is also important to have multiple sub projectiles in the defeat mechanism to increase the probability of hitting the UAS,” according to the patent.