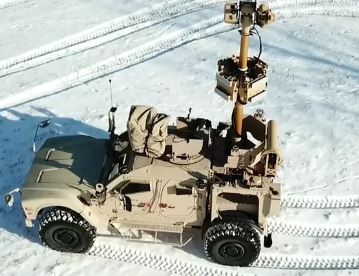 According to the news service: “One bid was solicited with one bid received. Work was to be performed in Plymouth, Minnesota, with an estimated completion date of Oct. 26, 2018. Fiscal 2018 aviation procurement (Army) funds in the amount of $4,164,995 were obligated at the time of the award. U.S. Army Contracting Command, Redstone Arsenal, Alabama, is the contracting activity (W31P4Q-18-C-0006). In fact, work began in November 2017, and with delivery having started in in January 2018, all vehicles were delivered by February 2018.  The full $8+M order has now been fulfilled. The US Army has already qualified them and is deploying…”