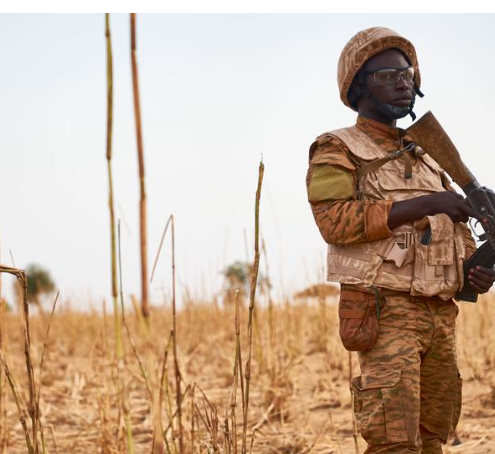 A briefing on 9 August to the United Nations Security Council by Vladimir Voronkov, under-secretary-general of the UN office of counter terrorism, warned of threats to international peace and security posed by Da’esh as a result of increase drone use.

According to Vladimir Voronkov:

“Despite its territorial defeat and subsequent leadership losses, Da’esh has continued to pose a threat to international peace and security, one that has been rising ever since the onset of the COVID-19 pandemic.

“The group has also significantly increased the use of unmanned aerial systems in the past year, including reported in northern Iraq. Da’esh has managed to do so partially by resorting to a largely decentralized internal structure that is revealed in the present report, thanks to the information provided by Member States to the Analytical Support and Sanctions Monitoring Team.

“The threat posed by Da’esh and its affiliates remains higher in societies affected by conflict. The border between Iraq and Syria remains highly vulnerable, with up to 10,000 fighters estimated to operate in the area. From there, the group launched in April a global campaign of enhanced operational activity to avenge senior leaders killed in counter-terrorism operations.

“In Afghanistan, the number of attacks claimed or attributed to the local Da’esh affiliate has decreased. However, since the Taliban took control last year, their presence has expanded into the north-east and east part of the country.

“In Africa, the situation has deteriorated further since the Secretary-General’s last report, with the expansion of Da’esh in Central, Southern and West Africa. From Uganda, a Da’esh affiliate has widened its area of operations into the Democratic Republic of the Congo, while another affiliated group, after being knocked out by military action last year, has intensified small-scale attacks in Mozambique’s Cabo Delgado province.

“This expansion also affects countries that had until recently been largely spared from attacks, such as littoral countries in the Gulf of Guinea.