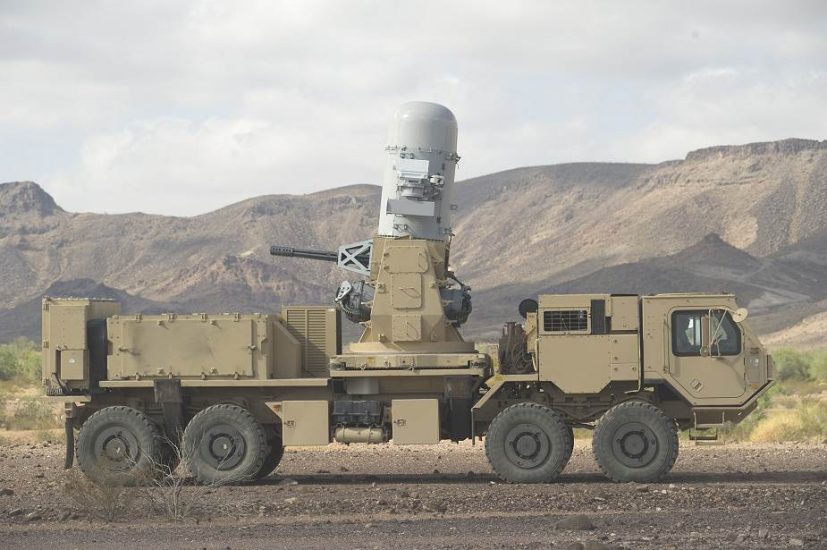 Ukraine officials have requested the US to provide additional air defense systems to aid in its fight against drones used by the invading Russian forces. Among the requested weapons is C-RAM, a highly mobile anti-air weapon. What kind of weapon is it, and would it be enough to counter enemy UAVs? asks Science & Technology News.

What is the Centurion C-RAM?

This is a modern anti-aircraft artillery system that was originally designed as a naval defense platform developed to counter anti-ship missiles. The original name of this weapon is Phalanx CIWS – it first entered the service with the U.S. Armed Forces in 1980, reports Science & Technology News.

These weapons use the same 20 mm M61A1 Gatling gun, capable of firing 4,500 20–mm rounds per minute from its six-barrel gun – this equals 75 bullets released every second. The system also has its own radar and optical-thermal imaging module to independently detect and track the target. Its fire control system estimates the optimal time for an attack, and the weapon can open fire either automatically, or manually, with a press of the trigger.

During the Iraq war, the US Army saw the increasingly critical need to defend against rocket and mortar attacks. In 2005, Phalanx CIWS was rapidly converted to a land-based version that received its own name – Centurion C-RAM.

What is a limiting factor of Centurion C-RAM?

From the technical specification, the only weaker aspect of Centurion C-RAM is its maximum effective firing range of 1.5km (0.93 miles). According to military calculations, this system can effectively defend a 1.3 km2 (0.5 sq mi) area, which is not much compared to other alternatives. However, the maximum firing range of C-RAM reaches 5.5 km (3.4 miles). Within this range, the targeting efficiency of C-RAM is reduced, says Science & Technology News.

So would this firing range be enough for Ukrainian Army? The answer is yes according to Science & Technology News. Such mobile land-based platforms could be used to defend stationary objects, including buildings and bridges, or even fairly large city areas. This air defense platform can effectively target smaller drones and even missiles. A really big advantage is the possibility to relocate C-RAM rapidly to another area and its automated targeting capabilities.

Another important aspect is the safety of C-RAM. Contrary to naval versions, Centurion C-RAM uses HEIT-SD (High-Explosive Incendiary Tracer, Self-Destruct) ammunition which explodes on hitting a target, increasing the efficiency of the weapon. The same rounds also explode on tracer burnout, minimizing the risk of collateral damage from those bullets that fail to hit their intended target.

The approximate cost of a single Centurion C-RAM is USD3.8 million, concludes the article.