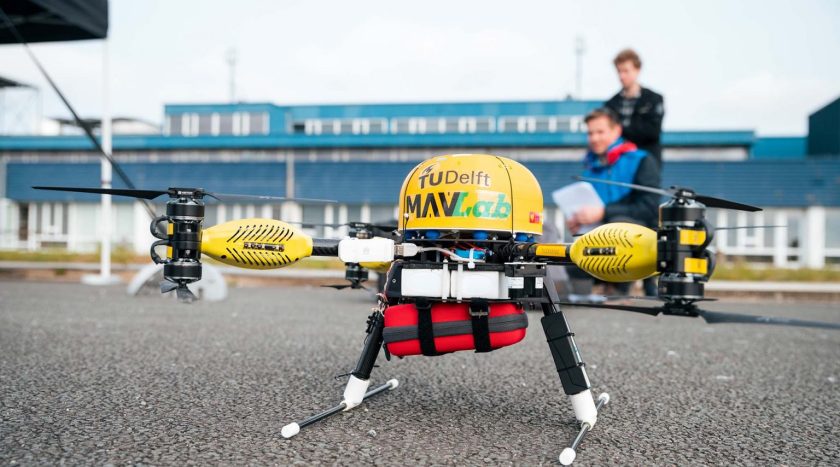 The Dutch Unmanned Valley test centre for drone and sensor applications near Katwijk has gained access to a corridor to the sea, across the Katwijkse Duinen, reports Drone Watch. Thanks to the corridor, tests can be done with drone flights over longer distances, with the aircraft flying largely beyond visual line of sight (BVLOS).

One of the applications that the MAVLab is working on is an AED drone, which can quickly reach bathers on the beach, for example. The lab is also working on a drone that can deliver packages to ships lying off the coast. Remes: “In the past we have already done a lot of testing at sea. We are happy that we can now connect land and sea.”

To ensure that the drones can fly safely out of the pilot’s view, the MAVLab is developing an algorithm to avoid collisions with other aircraft. The aim is that at some point several drones can simultaneously use the corridor to the sea. They will then automatically avoid each other. This functionality will also be tested in the new corridor.

Unmanned Valley, situated on the site of the former Valkenburg airfield, has been advocating for the possibility of test flying BVLOS for years. In 2020, the desire arose to be able to use a permanent flight path to the sea, across the dune area between Wassenaar and Katwijk. But strict regulations for BVLOS flights and concerns about possible disruption – the dune area has been designated as Natura 2000 – caused delays for a long time.

Over the past two years, hard work has been done to overcome these obstacles. To this end, extensive consultations were held with governments and nature management bodies. It was demonstrated that small drones flying over at a height of 120 meters do not actually lead to perceptible disturbance. This process has recently led to the first flight of a drone from the test site to the North Sea, via a predetermined flight path. Now only occasionally, but from 2023 the corridor will be permanently open to companies and research institutions that want to experiment with BVLOS.

(Image: The MAVLab drone that performed the first BVLOS flight from Unmanned Valley) 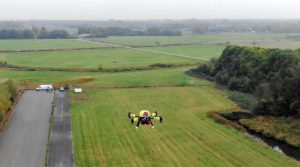