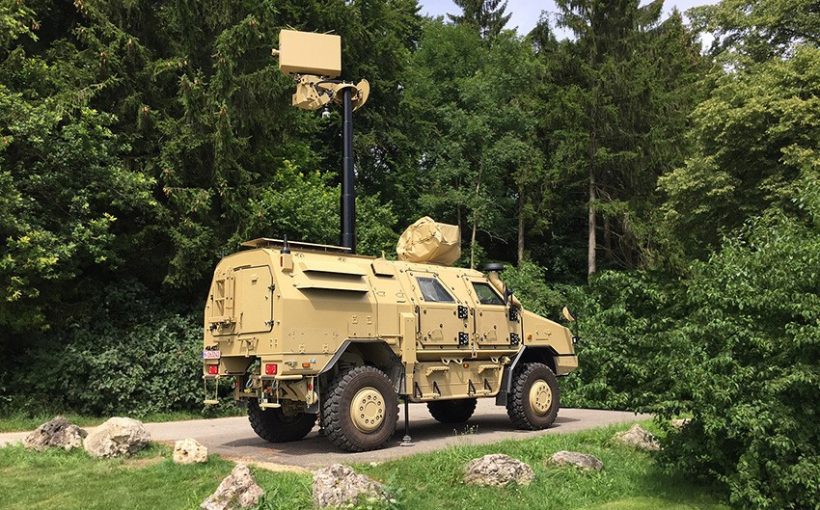 Hendsoldt’s SPEXER 2000 3D radar has passed a series of demonstration tests aiming to detect UAVs of different sizes and flying at different speeds at distances between 100 metres and 5 kilometres.  According to the company’s press release : “A space with an azimuth angle of +/-60° and an elevation angle of more than 10° was to be covered….The equipment passed this test with distinction.”

In a further test – at the Putlos military training ground near Fehmarn, – the radar, as a ‘mobile platform’ onboard the US destroyer USS James E. Williams, detected live fire in the form of very low flying Milan anti-tank missiles launched from the mainland. The ship would have had advance warning of ten seconds in a real emergency situation.

SPEXER 2000 is optimised for ground surveillance missions and is able to reliably detect, track and classify very small and slowly moving objects such as pedestrians, but also extremely fast objects such as guided missiles.  The 3D-radar is capable of performing the tasks required for monitoring asymmetric threats flexibly and reliably while in motion (ship, vehicle) or on the ground.