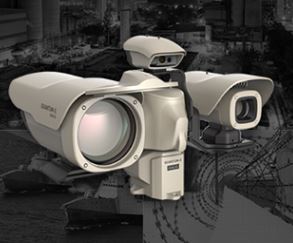 Defence and Security Monitor and The Center for the Study of the Drone, Bard College, report that South Korea’s Hanwha Systems has begun development of a counter-UAS (C-UAS) system, according to news reports.

“Researchers are conducting integration tests on the first prototype (C-UAS radar), which consists of a two-panelled radar system, each panel measuring 52 cm x 60 cm (20.5 in x 23.6 in) and designed to detect an apple-sized object at a distance of 3 kilometres (1.6 N mi) under a coverage radius of 200 degrees.  The radar is designed to be interoperable with the company’s Quantum Eye electro-optic system.”

“Lee Yong-Wook, head of the Research and Development Department at Hanwha Systems, is quoted as saying that the product being developed is designed to be lightweight, transportable by two people, and less power-consumptive than a military system. Chosun Biz states that KRW12 billion ($10.7 million) will be invested in the program by 2021, under the supervision of the Korean government’s Electronics and Telecommunications Research Institute (ETRI). The amount is not large, but if Hanwha Systems can be one of the first in the Pacific region to market a C-UAV system as a commercial product, the company may be able to recoup its own most likely significant development costs.”