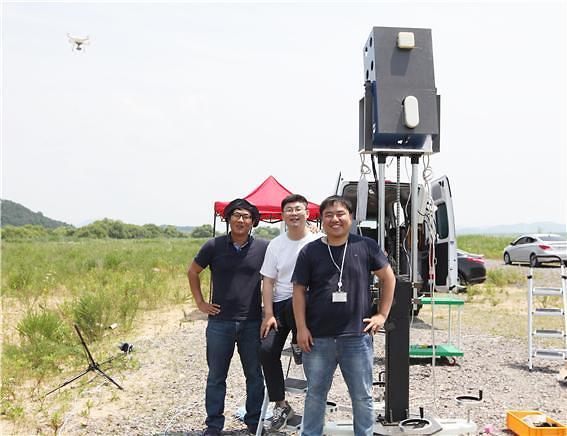 UAS Vision and AJU Daily report that South Korean researchers have developed a detection system capable of identifying small drones more than three kilometres away that can be used to monitor and stop spy drones or unmanned operations targeting high-risk facilities such as nuclear power plants, according to press reports.

“The Collaborative Robots Research Center at Daegu Gyeongbuk Institute of Science and Technology (DGIST) teamed up with a team led by Youngwook Kim of California State University, Fresno, to develop the new system, the Ministry of Science and ICT said in a statement on Tuesday,” according to newspaper reports. “DGIST’s system is superior enough to match technology developed by RADA, an Israeli company specializing in defence electronics, as it can detect small drones such as Phantom produced by China’s DJI more than three kilometers away, the ministry said, adding commercialization would be possible at the end of 2019 or early 2020.”

Reports continued that DGIST researchers led by Oh Dae-gun have successfully detected a drone, which is 55 centimetres wide and 40 centimetres high from a test spot more than three kilometres away, the ministry said.

“We will make further efforts to improve the status of domestic radar technology by changing the landscape of the market,” Oh was quoted as saying.  The ministry said the new system would greatly contribute to the development of related industries and the reinforcement of defence capabilities.

The South’s defence ministry purchased detecting equipment from foreign companies after several North Korean spy drones crashed south of the border in 2014.  The science ministry said the algorithm for tracking and identifying drones was developed jointly with a team led by Kim. Oh’s team has applied AESA (active electrically scanned array) radar technology to improve the maximum detection distance and ultra-high-resolution radar signal processing technology to accurately locate drones. Radar cognitive technology based on artificial intelligence generally increases the recognition rate as more data is learned, but it’s not easy to secure large-scale data for learning. Researchers will enhance the system’s identification performance with radar recognition technology based on generative adversarial networks (GNAs), a deep-learning AI algorithm that can create similar data by learning on its own even if the amount of data is small