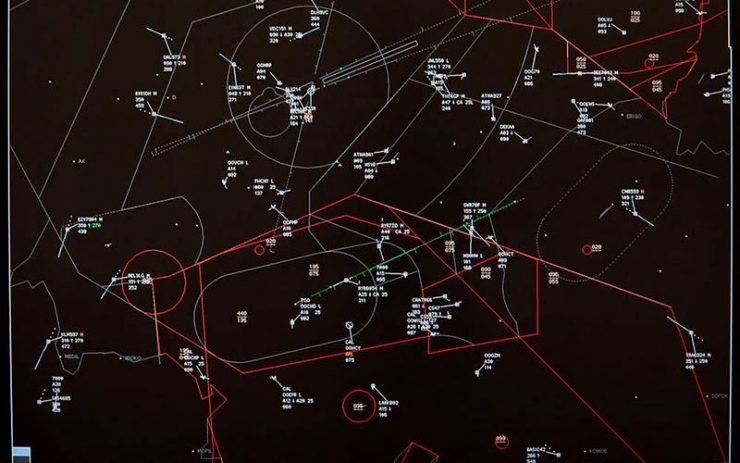 The complex airspace structure and Belgium’s geographical position prevent the use of the potential full capacity of airspace. It is a limited but very busy airspace with many users: commercial and military aviation, aerial work, private and recreational air traffic, unmanned air traffic. The current lay-out in different zones for different users causes disadvantages for each of them: airports cannot always use their full capacity, airlines cannot always fly the most direct routes, military airspace is too limited for the future generation of (fighter) aircraft and there is too little uncontrolled airspace for recreational air traffic.

The airspace vision 2030 brings advantages for all users of the Belgian airspace. The main progress for everyone is the capacity extension of airspace.

By 2030, the Belgian airspace will form one whole that can be used in a flexible and dynamic way. More efficient use of airspace guarantees sufficient capacity for all users with a minimum of limitations. Such an airspace structure – and the management of it – converges with the European objective of Single European Sky.

It should be possible to activate, deactivate or allocate certain airspace zones to one specific user for a limited period in time. That way, for instance military airspace or airspace for aerial work could be restricted or the periods in which it is used could be limited for the benefit of other air traffic. Military operations would thus be guaranteed but the total capacity of airspace for other users would be extended, allowing them to better plan their flight routes. That predictability again increases the efficient use of airspace.

Private and recreational air traffic, aerial work and unmanned air traffic will be integrated in airspace without jeopardising safety.

The vision is a reference document followed by the planning and the execution of specific projects and investments to improve the structure, the management and the services in the Belgian airspace. Some projects have already been launched.