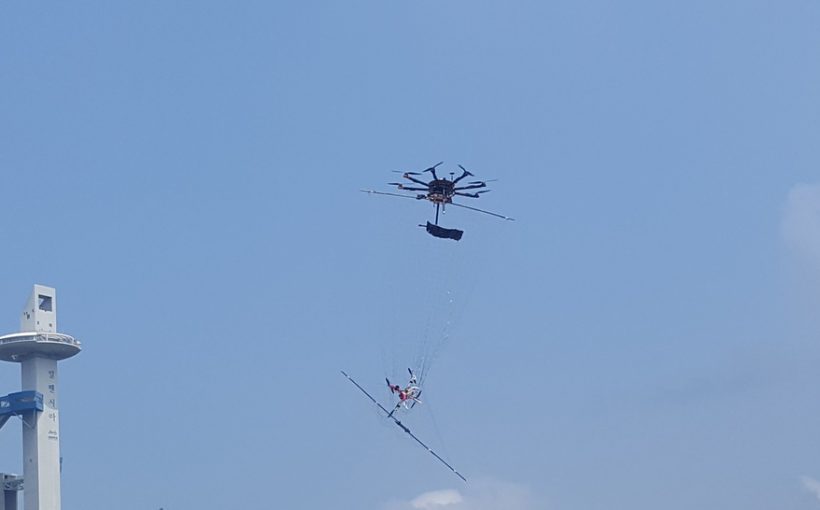 A tactical surveillance aircraft will hover above the event venues at all times.

Areas near Olympics venues in Pyeongchang, Gangneung, and Jeongseon will be classified as no-fly zones. A drone detection radar developed by the Korea Advanced Institute of Science & Technology (KAIST) is deployed around the stadium and athlete village, backed up by 900 smart, integrated CCTV cameras.

In the event of a suspicious drone incursion security forces on the ground will deploy radio signal-jammers. In the air “drone catching” drones equipped with nets will be launched and if these measures do not work then special forces agents equipped with shotguns aboard helicopters will shoot down the intruding drones.