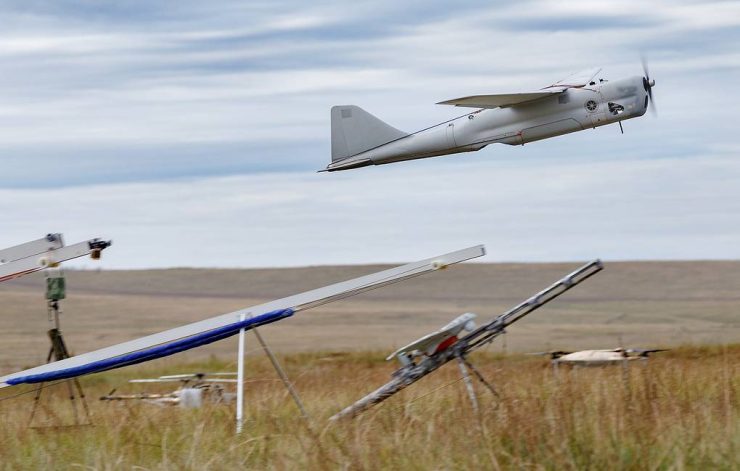 According to the Russian TASS news agency, during the current Kavkaz-200 exercise the Russian Defence Ministry has for the first time deployed a swarm of cooperating UAS platforms “spotting military units on the move, command centres, weapons, military equipment and manpower to adjust fire strikes being delivered against the identified targets, according to the top brass.”

The report says the Kavkaz-2020 exercise is being held on September 21-September 26 in the Southern Military District and the Black and Caspian seas under the command of the chief of Russia’s General Staff Valery Gerasimov. All in all, about 80,000 servicemen, Emergencies Ministry and national guard Rosgvardiya personnel and up to 1,000 troops from Armenia, Belarus, Iran, China, Myanmar and Pakistan are taking part.

TASS reports that three models of drones – Forpost, Orlan-10 and Eleron-3 – were pooled into one group for participation in drills during the command and staff exercise Kavkaz-2020, according to the Defense Ministry.

The UAVs were used at altitudes between 100 and 5,000 meters for “exposing the enemy’s defences and hitting ground targets. The drones are capable of spotting military units on the move, command centers, weapons, military equipment and manpower to adjust fire strikes being delivered against the identified targets. Also, they are an integral element of radio-electronic warfare,” said the report.