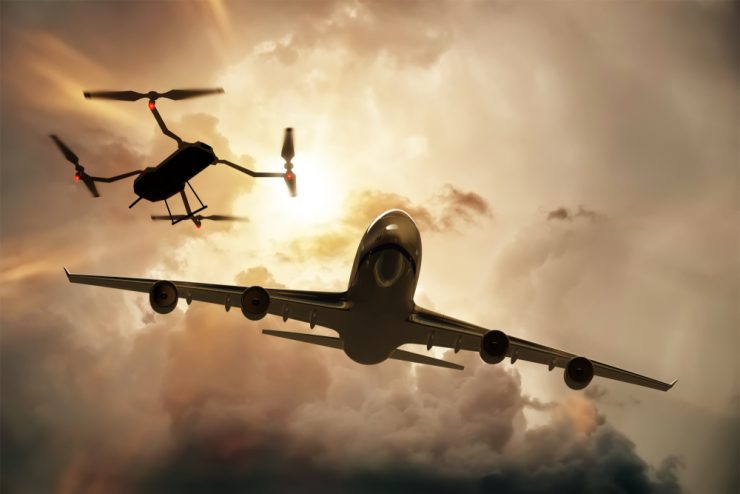 Developing a suitable action plan to integrate unmanned air vehicles in common occurrence reporting procedures and describing the roles and responsibilities of the actors, and best practices on how to respond to unauthorised drones in the surroundings of an aerodrome are included in the latest edition of the European Union’s Aviation Safety Agency’s (EASA) Counter-UAS Action Plan.

To avoid a patchwork of national measures in response to rogue drone incidents at airports and other sensitive areas EASA has been tasked to be the European coordinator of an action plan containing five objectives and to collaborate with the affected stakeholders (Member States including NAAs and Law Enforcement Authorities, aerodrome operators, aircraft operators, ANSPs, EUROCONTROL and the European Commission).

The action plan is articulated around five objectives – these are listed below with the updated deliverables outlined in the latest edition:

Safety promotion material such as leaflets and posters to create public awareness and understanding of the existence and purpose of geographical zones; AMC/GM defining a common unique digital format to be used by Member States to make the UAS geographical zones available to the public and mobile app providers

Deliverable:  EASA guidance material (in the form of a manual) describing the roles and responsibilities of the actors, and best practices on how to respond to unauthorised drones in the surroundings of an aerodrome. Task force led by EASA to run from 11/2019 to 12/2020

Deliverable: Contribution to the development of International Standards to support the safe and harmonised implementation of Counter-UAS Systems into airport environment and ATM/ANS systems.

EASA’s C-UAS Action Plan is subject to periodic review and amendment. The first issue of the plan was distributed to the stakeholders for review, contribution and endorsement, after which issue two was published in July 2019, which took the feedback and proposals into account. This third and latest issue includes numerous amendments to the C-UAS Action Plan as the work on the implementation progresses.