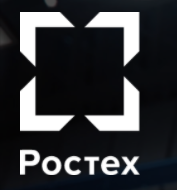 A report by Russian newspaper Tass says Russia’s Federal Service for Intellectual Property (Rospatent) has registered an application for an interceptor drone capable of capturing targets with a special net, according to the document released by the Federal Institute of Industrial Property on Tuesday.

The invention application has been filed by the Vektor Research Institute (part of Vega Company of Ruselectronics Group within the state tech corporation Rostec) according to the Tass report and also covered by UAS Vision.

The interceptor drone “consists of the body frame with at least two engines with variable angles of rotation placed along its perimeter.” The drone’s specific feature is that “an aerodynamic structure consisting of a catching net is integrated into the frame’s hollow space,” according to the patent application.

The net’s size and surface tension allow for capturing and retaining the target while the net’s tension is regulated by turning an automatic coil winder to change the length of the line stretched along the frame’s perimeter and holding the net with the captured object.

In addition to electronic warfare systems designed to fight enemy drones, Russia is developing active killer drones to track intruder drones, catch up with them and throw a net, he explained.