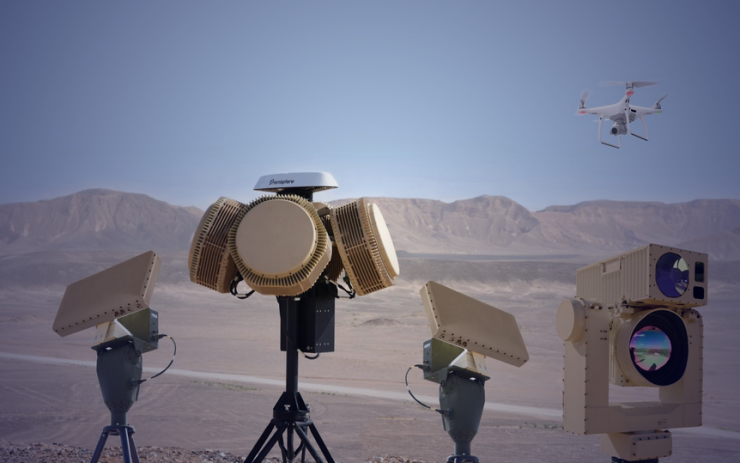 Israeli manufacturer Rafael Advanced Defense Systems reports successful interception of multiple moving targets using its Drone Dome counter UAS solution. With 360° circular coverage, DRONE DOME is designed to detect, track, and neutralize hostile drones either by jamming their communication or destroying them using a laser beam. According to the company, it is capable of identifying unknown targets, generating alerts (based on an adaptable rules generator), and operating without causing interference to non-target airborne assets by utilizing specific jammer bandwidth and an advanced directional antenna.

In the Drone Dome’s laser-based intercept phase, the laser director receives the target position from the C4I, which allocates it to the laser effector. The effector then locks and tracks the target, and within a few seconds, the laser beam is transmitted and destroys the target. The system can interface with various external systems and also supports future growth options, which includes additional sensors and effectors. The equipment is available in fixed or mobile versions and can be controlled by a single operator.