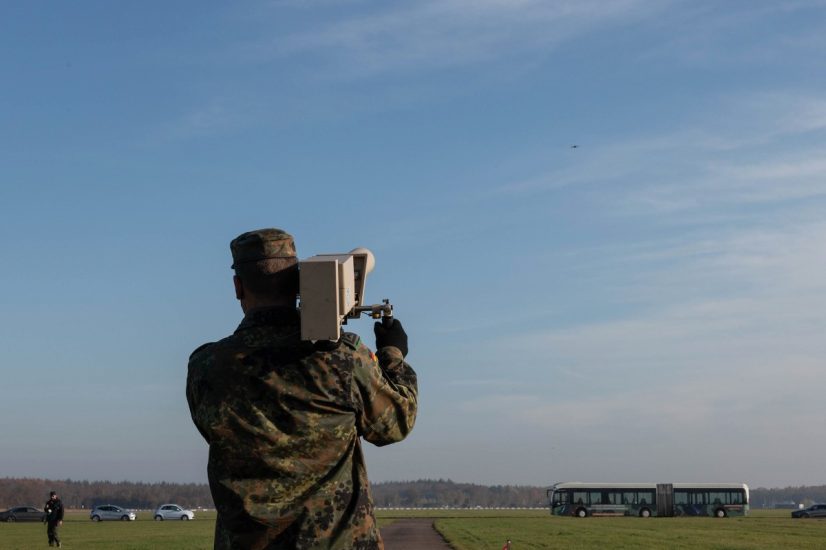 The NATO Communications and Information Agency (NCI Agency) hosted NATO’s Counter Unmanned Aircraft Systems (C-UAS) Technical Interoperability Exercise 2022 (TIE22) in Vredepeel, Netherlands, together with the Netherlands Ministry of Defence. The exercise took place from 13 to 23 September 2022 and it welcomed over 250 participants and 90 distinguished visitors.

Over 30 companies and organizations deployed systems during the TIE22 live testing exercise which built on lessons learned from TIE21. The aim was to ensure that C-UAS’s from NATO Nations could communicate and work together to protect the Alliance’s airspace from unauthorized drones. Agency experts and participants worked together to ensure technical interoperability standards between the commercial systems used to counter drones, says the NCI press release.

The Agency deployed two drone detecting prototypes, the first being a modification of the well-known ARTEMIS and the other being DroIDs (Drone IDentification System). These are essential tools that help the Agency understand the technology being used in the market and support NATO’s evolving requirements.

“DroIDs is the Agency’s prototype and it uses machine learning technologies to detect and identify drones without extracting features manually,” said Dr Cristian Coman, Lead for counter-drone activities, Joint Intelligence, Surveillance and Reconnaissance at the NCI Agency. “Through the new innovations tested at this exercise, the Agency sends the message of TIE22— that C-UAS’s shall be integrated with existing air defence in order to guarantee NATO’s airspace remains safe.”

Leveraging machine learning and artificial intelligence is one of the many ways the Agency continues to protect NATO networks and keep its technological edge. NCI Agency experts will be discussing the way forward at NATO Edge: Technology in Focus. The three-day conference will centre on the technology, collaboration and partnerships needed to future-proof NATO and the Alliance.