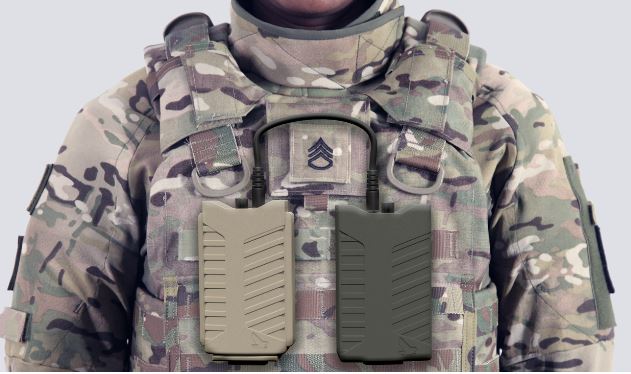 Denmark’s MyDefence has announced details of its Pitbull wearable Counter UAS solution that utilizes smart jamming to defeat enemy drones (Unmanned Airspace, 15 June 2018. Pitbull was developed to have minimal impact on other signals while jamming, in an effort to maintain own communication. The Counter UAS jammer is a tactical solution weighing just 775 grams, designed to be worn on the uniform with the purpose of minimizing the cognitive load of dismounted soldiers, so they can focus on the mission instead.

Last month MyDefence launched the WINGMAN 103 – wearable drone detection for special operations forces – and now joined by the Pitbull, dismounted soldiers will be able to both detect and defeat enemy drones, says the company. Pitbull is plug-n-play and requires minimal training to operate. Used together with the WINGMAN detector, the entire process of detecting and defeating malicious drones can be fully automated, allowing the operator to carry on with the mission without worrying about enemy drones.