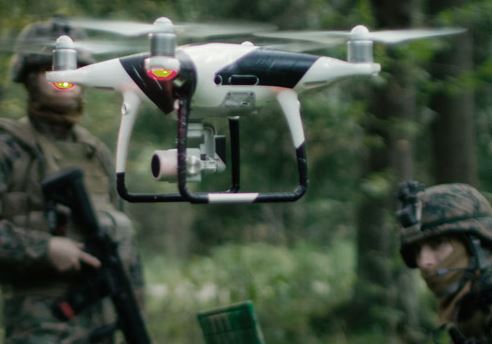 Denmark’s MyDefence has announced the launch of its drone swarm jamming capability, demonstrated at Electric Storm. During the event, five drone operators attempted to execute a coordinated drone attack. The coordinated attack was effectively neutralized using the MyDefence PITBULL Counter UAS jammer, and all drone operators lost control of their drones, says the company

“Drone swarms are a concern in the military domain and it has been a priority for us to provide an effective solution to combat multiple drones for both dismounted soldiers and in fixed installations. With the WINGMAN and PITBULL setup, we have demonstrated just that, and the system will be able to defeat countless drones simultaneously,” says Christian Steinø, CEO of MyDefence.

The device is wearable and weighs only 775 grams. Used in conjunction with the WINGMAN drone detector, the PITBULL can automatically jam drone signals, when a drone is detected, says MyDefence. This reduces the cognitive load of the operator, allowing the soldier to focus on the mission, without worrying about enemy drones.