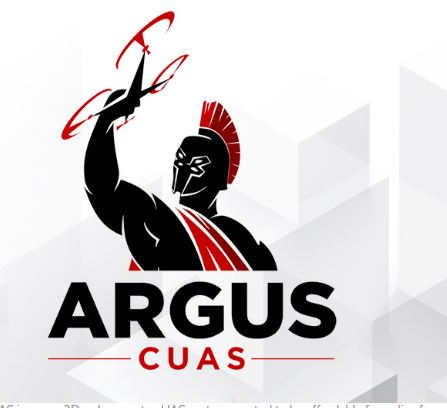 Kongsberg Geospatial, Echodyne Corp, and uAvionix have announced that they have integrated their technologies to create a new counter-drone system called “ARGUS CUAS”.

According to the companies involved ARGUS CUAS “is the world’s most affordable 3D Radar Counter-UAS System.” It integrates the Echodyne MESA radar with uAvionix cooperative aircraft tracking capabilities for display in the Kongsberg Geospatial IRIS Situational Awareness Application

The three companies have combined their technologies to create a portable tracking system capable of detecting any drones that enter a monitored airspace.

“The ARGUS CUAS (counter-UAS) system provides 3-dimensional, all weather coverage and accurate positioning of airborne targets,” said a press release. “The system can detect even the smallest UAVs at long ranges and the system is intended for organizations that need to monitor the position of any drones flying in their local airspace. Likely users would include airports, prisons, police forces protecting public events, and emergency rescue organizations who need to keep the airspace clear surrounding disaster scenes and wildfires. The ARGUS CUAS system been designed for quick deployment, and can be set up at virtually any location within minutes.”

“Security has gone from a 2D problem to a 3D problem,” said Echodyne CEO Eben Frankenberg. “ARGUS CUAS answers a market need for an affordable and deployable system that can provide long-range all-weather detection.”

“Existing counter-UAS systems tend to be dependent on expensive and bulky radar systems,” said a Kongsberg statement. “The new system the three companies have developed leverages Echodyne’s small but powerful MESA radar, and cooperative aircraft tracking capabilities provided by uAvionix to provide high visibility of the airspace in a very lightweight, portable system. The ARGUS CUAS system also improves on the complicated mixture of sensor feeds that are typical of counter-UAS systems – offering a simple, intuitive user interface developed by Kongsberg Geospatial that allows users to quickly visualize, understand, and track all targets present in the 3-dimensional airspace around the location where the system is deployed.”