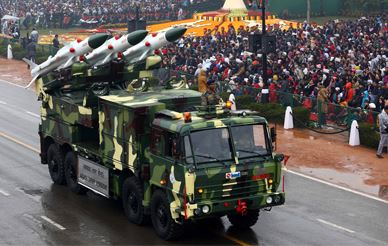 The Indian army and air force are seeking more than 70 counter-UAS systems as part of the Ministry of Defence’s ’ Technology Perspective and Capability Roadmap – 2018 (TPCR-2018). The counter UAS systems should be “designed to disrupt and neutralize RPAs engaged in hostile airborne surveillance or any other activities. It (the system) should have combination of electronic/scanning radar target detection, electro-optical (EO) tracking/ classification and directional RF inhibition capability….should be able to remotely detect all RPAs from micro to MALE. It should be operated in military as well other RF Bands.

The forces are also seeking tactical high energy laser systems – less than five in the first phase of acquisition and more than 12 in the second phase. The requirement is for:

India’s armed forces are also seeking a high power electromagnetic weapon system – less than five in phase one and more than 15 in phase two. It should be an HMV weapon“effective against avionics & radars of aircrafts & RPAs.”