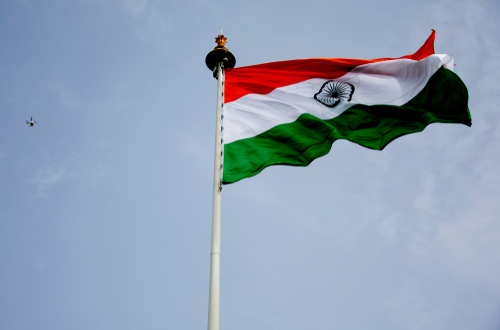 India’s defence ministry has issued an Acceptance of  Necessity (AON) for 20 vehicle-based and a Request for Proposal (RFP) for 200 man-portable drone jammers, according to a report published in The Week.

“On January 12, during the customary press conference before the Army Day celebration, Indian Army chief General Manoj Pande voiced concern about the use of drones by adversaries to ferry weapons, ammunition and explosives from across the border in Kashmir, Jammu and Punjab. “We have deployed drone jammers and spoofers in these areas. According to reports, their efficacy is good,” Gen Pande had said,” says The Week.

“The new systems being sought will be deployed on the borders—both on the Line of Control and International Border with Pakistan and along the Line of Actual Control with China. On the AON, the document says the vehicle-based drone jammer “should provide Multi Sensor based (at least two sensors) complete and comprehensive solution with regards to UAS/Drone and SWARMS. The system should be capable of UAS/Drones/SWARMS detection, tracking, designation & neutralization of swarm/ drones/ UAS approaching simultaneously from multiple directions. It should integrate all detection sensors and identify threats to provide operator with a composite air situation pictures and facilitate selection and management of responses for countering UAS/Drone, using jammer systems,” it added.

“In the RFP for 200 man-portable drone jammers, the defence ministry document says the platform should be capable of detecting and jamming all types of drones and quadcopters in field conditions. The system will consist of Radio Frequency (RF) and other requisite sensors to achieve target detection and engagement. The inputs of all sensors should be amalgamated through a C2 (Command and Control) system to facilitate the efficient operation of the system. While the detection (target acquisition and identification) range should be a minimum of 5 km, the countermeasures (jamming) should be effective from at least 2 km. The platform should be suitable for employment in a high-altitude area with extremely cold climatic conditions in the temperature range of – (minus) 10 to + (plus) 45° C.

“The specifications detailed point towards the deployment of these counter-drone systems in the Indian borders,” says the report.