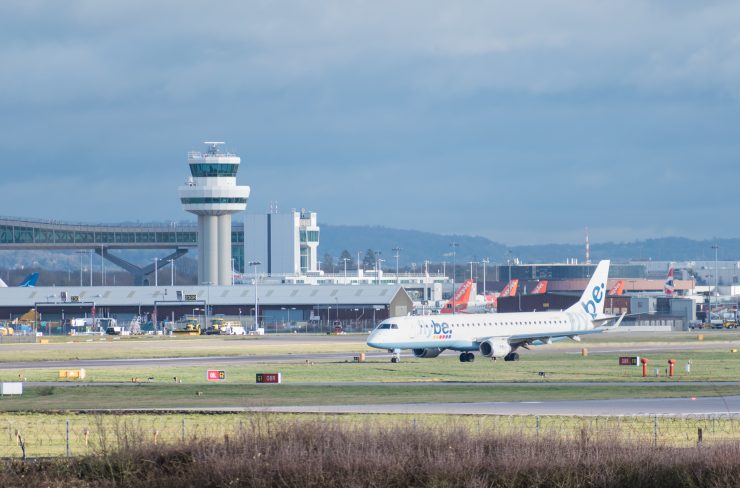 Gatwick Airport Ltd and the UK government’s response to the December 2018 drone sightings has been twofold: the setting up of a new command and control system to identify the threat and ensure appropriate measures are taken, and the purchase of new kit, in a multi-layered approach to combat rogue drones.

Gatwick Airport turned to the Ministry of Defence in December 2018 to source drone detection and tracking equipment 24 hours after the first sightings. “We had to get permission through government to achieve this,” said Gatwick Airport COO Chris Woodroofe, keynote speaker at the British-Irish Airports Expo in London 11-12th June 2019. He said permission to initiate a response today is “near-instantaneous” as a result of this experience, and the UK’s largest airports are now much better equipped to deal with the threat posed by rogue drones.

A number of airports including London Gatwick and London Heathrow have since invested in drone detection, tracking and deterrent systems and pay for trained staff to operate them. This includes police officers who operate the response equipment which includes RF effectors and net-capture systems. As a result, the airport authority has the option to close the airfield temporarily, or call on the senior police commander to take action to prevent a drone disrupting operations. This close collaboration aims to “safely take the drone out of the sky,” according to Woodroofe.

Government legislation has also been strengthened with an update to the no-fly zone around airports which extended only 1 km beyond the airport boundary. A new law passed in early 2019, extends the drone exclusion zone 4.6 km from the centre of the airport and along a 1km swathe around the approach and departure routes.

Gatwick had already launched a drone protection programme in 2016 which included testing drone detection equipment and identifying potential launch locations. December 2018 brought new urgency and led to the purchase of detect, track, and defeat equipment used by the military. However while the airport is responsible for the installation and training for counter-UAS equipment – and all the costs surrounding this activity – the responsibility for operating any civil contingency system lies firmly with the police under UK civil law.

Gatwick Airport Ltd selected the Anti-AUV Defence System (AUDS) supplied by three UK companies to provide a multi-layered counter-UAS system. At the heart of this solution is an electronic-scanning (e-scan) radar from Blighter Surveillance Systems which uses passive electronically scanned array and frequency modulated continuous wave technologies operating in Ku-band to detect small drones. The company’s A400 series radar detect micro-drones over a range of 2.4 km. This is integrated with Chess Dynamics’ Hawkeye deployable electro-optical video tracker, which includes a long range colour camera and a high sensitivity thermal imager. These two units detect and track the target and enable the operator to make an informed decision about the target and how to mitigate the risk.

The third AUDS component is a smart RF inhibitor from Enterprise Control System (ECS) designed to selectively interfere with communication channels used by the drone. The inhibitor uses directional antennas to minimise any collateral effects. Gatwick Airport has also invested in the handheld SkyWall 100 net capture solution developed by Openworks. This shoulder-mounted weapon is available for use by a trained police officer to fire a net around a drone up to 100 metres distant and lower it by parachute to the ground. “We take a multi-layered approach in the interest of passenger security,” said Woodroofe. This includes a close working relationship with the police force and with other airport operators including Heathrow Airport Ltd where similar equipment is installed and operational. “I want every airport to make these investments,” he said as the infrastructure acts as a major deterrent to would-be rogue drogue operators.

The RF detection and tracking SKYPERION solution from METIS Aerospace was also employed following a request by Gatwick to supplement the MoD’s initial response and subsequently integrated as a permanent solution into Gatwick. It is currently operating as the RF detection sensor being integrated with the AUDS (Chess, Blighter and ECS solution) as AUDS+. SKYPERION is not limited to the standard operating frequencies bands and performs against multiple drones with little or no operator interaction.

Gatwick Airport can deploy the net capture solution when required, however RF jammer technology comes with additional challenges. RF interference can disrupt navigational signals in the vicinity of an airport, and may have a negative effect on other drones operating safely in the area. A number of tests underway in the US, UK and elsewhere aim to make up for an absence of international standards. Blighter Surveillance Business Development Manager Geoff Moore said the industry is looking for a more holistic approach.

Echoing these comments, Arup Global Aviation Security Specialist Stacey Peel said all stakeholders need to be involved in mitigating the risk. Not just airports, but police, regulators, and members of the supply chain. “Technology alone is not the silver bullet.” The UK Department for Transport also voiced support for closer collaboration between industry sectors. “It’s about partnerships between industry, working multi-laterally, and sharing best practice. The traditional view of government simply as a regulator is not necessarily the way it works,” added Deputy Director for Aviation Security Kashif Chaudry.

Meanwhile regional airports across the UK are looking at range a different mitigation methods. Both Edinburgh Airport London City have retained Qolcom, a drone detection service provider, to monitor drone activity in the vicinity of the airport. The company has partnered with Dedrone to install RF sensors on the airfield which detect rogue drone activity. The DroneTracker software tracks and records all incidents and can be linked with PTZ cameras, microphones and radar surveillance for further analysis. Operating within a 2 km range, the equipment creates an airspace security report in real-time which is used to make informed decisions and understand the risk.

Airport operators received a clear warning from UK security. Police Sergeant Flight Lieutenant Claire Dimmock, a counter terror specialist, said military UAVs are starting to appear in the civil environment. As the technology becomes more affordable and more available, the risk is increasing – along with increasing risk of detection. Dimmock predicted a UAV attack within the next two years somewhere in the West, and specifically within the UK within a slightly longer time period. UK CAA Director of Aviation Security Peter Drissell welcomed the widespread adoption of European standards, for example in areas such as cyber security and scanning, where common regulation comes into force from 2020.