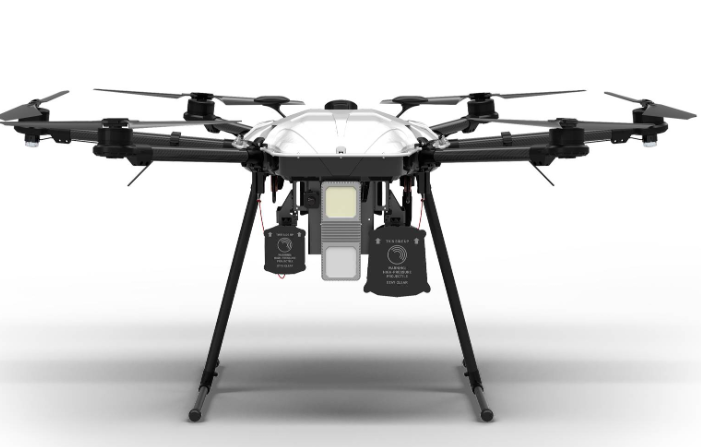 Counter drone specialist Fortem Technologies has announced a new, smaller portable counter-UAS system in direct response to the crisis in Ukraine. Working closely with the Ukrainian Ministry of Defense, Fortem provided Ukraine with a number of the Fortem SkyDome man-portable counter-UAS solutions, as well as on-site training and support. The solution includes the Fortem DroneHunter, which removes drones from the sky autonomously day and night.

According to the press release, the Fortem SkyDome man-portable counter-UAS solution sets up very quickly with an off-power grid without connection to power networks or generators. This allows expeditionary forces to operate at the border of a conflict with no dependency on an operating infrastructure or heavy and noisy support equipment. The solution is very safe for the operators, as the operator can be stationed far away and can stop transmissions across ground radios to avoid electronic detection. The detection sensors operate at a very high beamwidth and low power so that it’s extremely hard to detect the solution with electronic counter measures.

Ukraine has a dire need for portable counter-drone technology to detect and disarm Group 1 and II enemy surveillance drones. Recognizing this, Fortem took its pre-existing portable counter-UAS system and further miniaturized and simplified it for use as an expeditionary rapid deployment system.

“We work everyday to keep venues, campuses, and entire cities protected from rogue drone incursions,” said Fortem Technologies CEO Timothy Bean. “When our predictions came true – that drones would be relied upon heavily in the next major conflict – we knew we had to act quickly to arm our allies with the technology necessary to keep themselves safe from drone surveillance and attacks.”

“It’s evident that the new weapon of war is drones, and countries must be prepared to protect their people and infrastructure from such attacks,” said a Senior UKR MOD official. “Fortem’s SkyDome system allows for detection and mitigation of attacking drones, which helps Ukraine in its fight against Putin’s forces.”

Currently, Fortem Technologies is deployed in the U.S., the Middle East, Asia and, most recently, Ukraine. Additionally, Toshiba recently chose Fortem as their counter-drone partner worldwide.