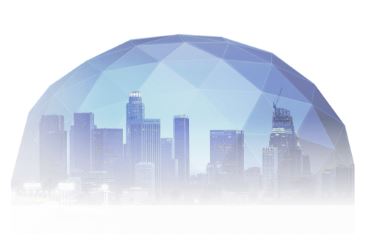 Counter drone company Fortem Technologes has announced successful performance in detecting small UAS (unmanned aircraft systems) before a team of US Government evaluators based on an Irregular Warfare Technical Support Directorate (IWTSD) requirement in May 2021. The event focused on testing various counter UAS systems including the Fortem SkyDome system, TrueView radar and DroneHunter. Already a Fortem customer, the Defense Innovation Unit (DIU) created a test environment to determine how well various counter-drone systems would perform in urban environments that make it difficult to detect potential threat UAS. The results of the event proved that Fortem’s technology provides the US Government with a scalable end-to-end solution for detecting, tracking, identifying, and mitigating unlawful drone activity.

This five-day event, which took place near the New Orleans Super Dome Champion’s Walk Plaza and along the Mississippi River, was executed by a combined team of the US Army’s C51SR Center Unique Mission Cell (UMC), IWTSD, and DIU. The Fortem SkyDome System and TrueView radar successfully detected and tracked multiple small UAS targets maneuvering around high-rise buildings with real-world vehicle and pedestrian traffic in the background, all within a noisy radio frequency environment. This “clutter environment” put the TrueView radar sensors to the test, having to isolate the signatures associated with a small UAS and present them to an operator. This environment, along with periods of rain and wind, allowed Fortem Technologies to showcase the capabilities of its technology and to deliver the most accurate results of its real-time performance.

“The ability to have the SkyDome system filter out a vessel traffic on the water as it moved across the field of view, was impressive to watch and really underscored the true power of our sensors,” said George Mayor, Fortem Technologies’ lead engineer. “It was also great to see the DroneHunter reliably capture target drones over the Mississippi in a scenario that would easily challenge other detection and mitigation systems.”

To support the event, Fortem Technologies deployed their SkyDome System and the DroneHunter. The SkyDome System consists of their low-cost and small form factor TrueView Radar. Fortem’s TrueView radar is a compact, high-performance radar system for detecting airborne objects. SkyDome system software provides real-time intrusion detection to identify, monitor, classify, and, if necessary, provide physical remediation of malicious or uncooperative drones while avoiding collateral damage. Deep integration between DroneHunter and TrueView radar makes it possible to autonomously detect, pursue, capture, and tow away any dangerous or malicious drones with no collateral damage.

The results of the experiment will inform the Department of Defense on the progression of detection technology in the urban environment while also providing valuable data to the commercial companies that support their technology development.