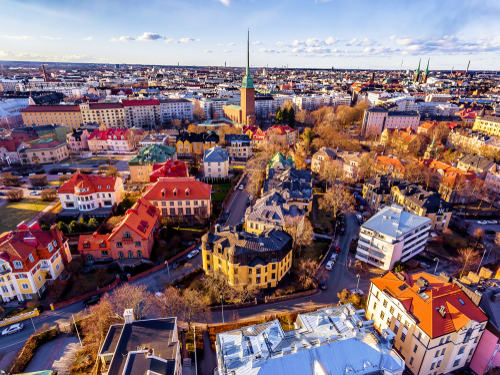 Finnish news agency Yle reports that the government is considering giving police the powers to jam drone signals in sensitive areas. “The legislative change would give police the right to disrupt flights near areas such as accident scenes to protect the privacy of victims. Government plans to grant police and prison officials the right to bring down unmanned aerial vehicles or drones in sensitive areas such as near correctional facilities,” say the news report.

“According to Justice Ministry legal counsellor Juho Martikainen, the legal reform would allow law enforcement authorities to use devices to disrupt drones in flight by jamming radio signals to either make the unmanned craft turn to seek a signal or fall to the earth. Martikainen said that drones have created disruptions at prisons in Riihimäki and Vantaa, both in southern Finland….Meanwhile the Transport and Communications Ministry is considering an all-out ban on drones in some areas, such as in the vicinity of prison facilities. The government wants to hand police the power to bring down drones in situations where it is unavoidable to maintain public safety, to prevent crime and to protect the privacy of individuals at accident sites.

The agency quoted Police chief inspector Sami Hätönen as saying that a legislative amendment would give police the possibility of using technology to restrict drones, something that has not been previously written into the law. “It can cause uncontrolled damage. If we use it in police operations we will do so only after careful consideration,” Hätönen added.

The chief inspector said that in future police will continue to primarily tackle the problem of disruptive drones by seeking out their operators and intervening in their activities.

In March, Finland’s Interior Ministry proposed giving police the right to shoot down drones, following reports that drones were used to smuggle drugs into prison and that the unmanned vehicles had also been found to have smuggled cigarettes across the Finnish-Russian border.