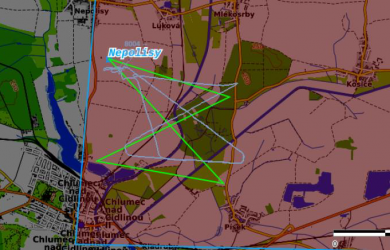 “The CW Trial was held at Czech military ranges in the last week of April,” said the company in a press release. “There were several UAS operating in the Czech Armed Forces used as targets in an actual trial and the results in detecting their signals fully approved the previous testing and justified the expectations. They were flying separately and also in parallel times in order to be distinguished the one from another. All UAS including UAV (drones) were “spotted” at once and tracked for the whole flying period.”

According to the company, PET technology has the tracking capability to detect mini-class UAVs at more than 100 kilometres and micro-class UAVs up to 40 kilometres, where modern 3D active radars provide effective coverage up to 10 kilometres.