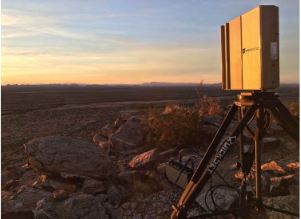 DroneShield has announced the launch of a DroneGun MkII drone countermeasure product, a second generation version of its DroneGun product. The product is a rifle-style handheld jammer device, effective at the standard frequencies of consumer and commercial drones globally. An optional GPS-jamming capability is also available to customers where lawful. The product offers a number of improvements over the first generation of DroneGun, including a substantially ruggedised design, lighter weight, and improved jamming algorithms.

According to the company DroneShield remains the only company in the world offering both drone detection and handheld rifle-style tactical drone countermeasures, as its own product suite. Initial units of the product have been released for immediate testing and evaluation by several branches of the United States and Australian militaries.

The company also reports that it has been accepted to be part of Team Defence Australia, a joint effort with the Australian Department of Defence and Austrade. As part of Team Defence Australia, DroneShield is participating at the Defence and Security Equipment International Conference in London this week and The Association of the United States Army Annual Meeting and Exposition in Washington, DC in early October.

The company also welcomes Mr. Casey Betzold as a new VP of Sales, focusing on US, European, and APAC Sales, as well as David Powers who will be focusing on the US federal and military market.