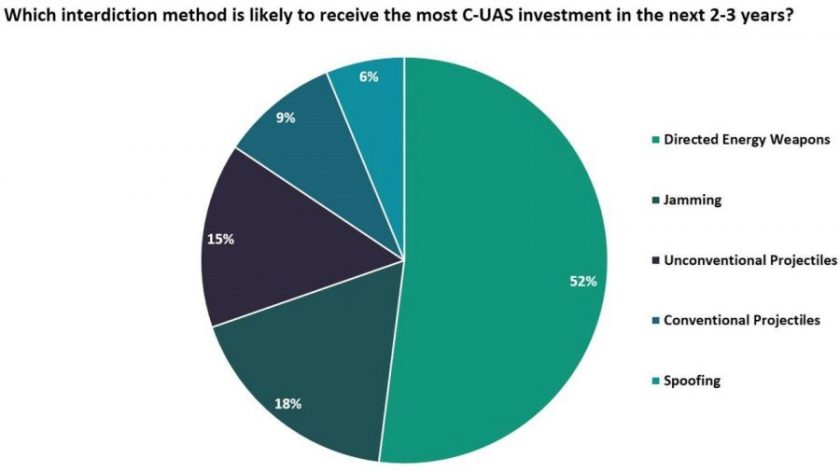 Directed energy weapons are likely to receive the highest investment among C-UAS interdiction methods, according to a poll published in Army Technology.

“The analysis is based on 577 responses received from the readers of Verdict’s defence sites, Airforce Technology, Army Technology, and Naval Technology, for a poll conducted between 11 February and 01 March 2021.”