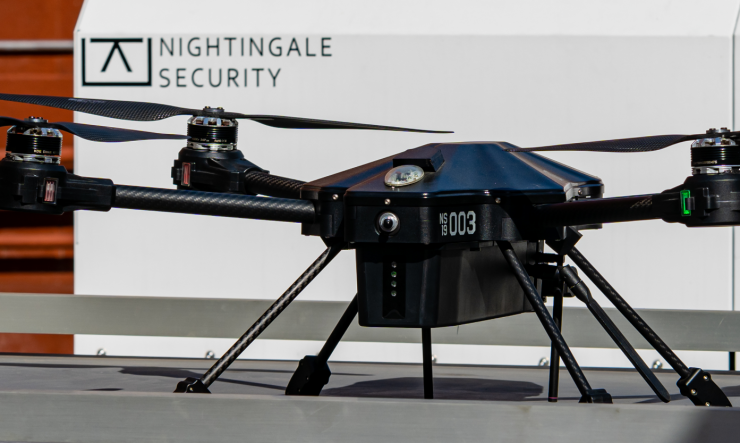 According to Department 13, the Blackbird “uses cutting-edge robotics and artificial intelligence (AI) technology to deploy autonomous drones that run perimeter patrols of critical infrastructure and automatically respond to emergencies in a matter of seconds providing live-stream video to a security team anywhere in the world. It can also be used manually to respond to major events such as an oil spill, chemical leak or fire to help monitor and provide intelligence of the situation as it happens.”

According to a company press release, Nightingale’s system has both RGB-visible light and thermal capabilities and can be programmed to conduct scheduled autonomous patrols based on day, time, path, altitude, hover duration or camera direction. The drones operate from extra-strength covered base stations installed on rooftops and other secure locations. Base stations can be networked to work together, are always mission-ready to deploy drones in a matter of seconds and provide real-time situational awareness.