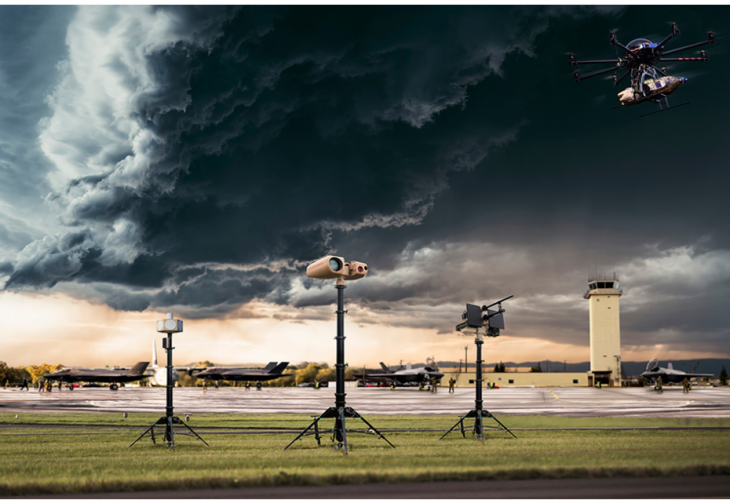 “Vital to protecting UK air bases from hostile drone activity, ORCUS will enable the RAF to evaluate a range of capabilities including advanced radar, electro-optic and radio frequency sensors, plus an electronic attack countermeasure. The device looks similar to a camera module placed on top of a tripod, allowing for unparalleled versatility in operations.

“The technology is part of the RAF’s Counter-Unmanned Aerial System (C-UAS) research and development programme with Leonardo to establish the most effective way to detect, track, identify and defeat hostile drones.

“Elements of Leonardo’s C-UAS equipment played a supporting role in RAF Force Protection in 2018 and 2019, following drone sightings at Gatwick and Heathrow airports, allowing airport operations to resume. The current phase of the programme, which started in 2019, supports more than 50 highly skilled jobs with over 20 at Leonardo, with the primary integration work undertaken at its Basildon and Southampton sites and real-time testing taking place at several MOD locations within the UK.”